A survey of the Traveller and Roma communities across six European countries shows that two-thirds of Irish Travellers feel discriminated against because of their ethnicity.

The European Union Agency of Fundamental Rights, which led the survey, also found that almost half of the general population in Ireland feels uncomfortable with having members of the Traveller and Roma communities as neighbours.

The study includes the views of those who self-identify as Roma or members of the Traveller community in Belgium, France, Ireland, the Netherlands, Sweden and the UK.

Through face-to-face peer research from December 2018 to July 2019, data on living conditions, health, education, employment and discrimination were explored.

The survey found that among the six countries, Roma in the Netherlands (76%) and the Traveller Community in Ireland (65%) had the highest proportions of respondents who felt discriminated against because of their backgrounds.

In contrast, the proportion of respondents who felt discriminated against in Belgium was 21% among Roma and 19% among the Traveller community.

More than 90% of Travellers in Ireland said there were not enough places for them to live. More than two-thirds felt discriminated against when trying to rent or buy housing.

The survey also shows that almost half (46%) of the general population feel uncomfortable with Roma or Travellers as neighbours.

Ireland has the lowest percentage of Travellers in employment at 15% compared to the highest at 55% for Travellers in the Netherlands.

This is a timely document - it comes as a new framework for Traveller and Roma inclusion is being finalised by the European Union.

The new plan "reinforces progress" made from the Council of Europe's Thematic Action Plan on the Inclusion of Roma and Travellers (2016-2019).

The Traveller and Roma representative group in Ireland Pavee Point says today's report presents a unique opportunity to ensure that the forthcoming EU national inclusion strategies, and especially the Irish National Traveller and Roma Inclusion Strategy (NTRIS), will be reinforced "with sufficient coherence, teeth and drive to implement real change".

It says the EU must prioritise Travellers and Roma when looking at social inclusion and bring forward measurable targets and has called for a "whole of government approach in tackling the issues of racism and discrimination".

Pavee Point Co-Director Martin Collins has described the report as "a call to arms".

Speaking on RTÉ's Morning Ireland, he called on the Irish State to work with Traveller organisations in a more "coherent and coordinated fashion" to develop action plans with "specific targets, timescales, dedicated resources and clear lines of responsibility" to address the ongoing issues of inequality and discrimination.

This, he said, will require political will and dedicated resources.

Mr Collins said the issues are interdependent, adding that health inequality experienced by Travellers cannot be addressed without addressing the poor living conditions of many Traveller families.

Bullying and racism in schools must be addressed, he said, and he called for Traveller history, culture and identity to be affirmed in the curriculum. 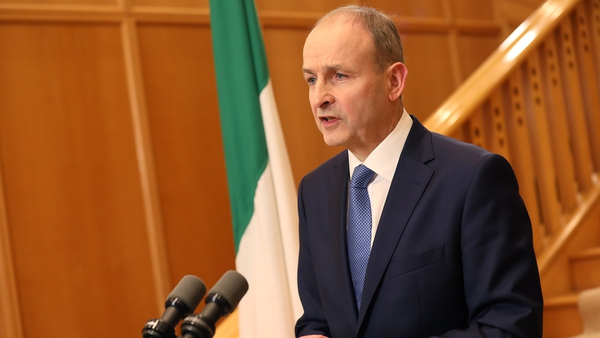