The Minister for Social Protection Heather Humphreys has criticised Aer Lingus for its approach to claiming income supports for workers, who she acknowledged had been left in an "awful" situation due to reductions in their earnings due to the pandemic.

Speaking in the Dáil, the Minister said it was difficult to understand how an organisation the size of Aer Lingus had problems in interpreting the criteria for the Employment Wage Subsidy Scheme (EWSS) and the Short Time Work Scheme, when many small businesses around the country had had no such issue.

The Minister was responding to a topical issue from Sinn Féin TDs Darren O'Rourke, Louise O’Reilly and Claire Kerrane regarding the difficulties experienced recently by Aer Lingus staff in accessing social welfare entitlements after their pay and hours were cut by 70%.

However, multiple employees who contacted RTÉ and politicians displayed pay-slips demonstrating that they had suffered severe drops in income, and queried how they would be able to pay mortgages, rent and other bills.

In normal circumstances, workers on short time are entitled to claim income support for the days on which they are not working.

However, numerous staff reported that despite the significant drop in income which they had experienced, Aer Lingus had refused to sign the relevant forms for them to submit their claims for social welfare top-up payments.

The airline had blamed confusing advice from the Department and the Revenue Commissioners, but last Friday the company told staff that the Department had confirmed that they would be eligible for the benefits.

Minister Humphreys confirmed she had received correspondence from Aer Lingus staff in relation to their difficulties – and acknowledged the "huge stress" many of the impacted workers were under at the present time.

After outlining how the short time work arrangements operates, including the fact that employers have to fill in certain forms, she noted that since the EWSS took effect on 1 September, many thousands of companies had transitioned on to it without any impact for their workers.

However, she went on to criticise Aer Lingus management, saying: "It's difficult therefore to understand how an organisation the size on Aer Lingus, with a dedicated HR department, have had problems in interpreting the criteria around EWSS and Short Term Work when many small businesses throughout the country have had no such issue."

Ms Humphreys said that notwithstanding that fact, her primary concern was for the impacted workers, and ensuring that they could access their entitlements.

The Minister said that Aer Lingus had today advised that any outstanding documentation required to finalise an application for jobseekers’ support would be provided by the airline to their employees "as a matter of urgency".

She also said she had asked her officials to prioritise decisions on these applications to ensure claims were paid out as quickly as possible once they were received.

Aer Lingus responded that it had requested clarity from the Department of Employment Affairs and Social Protection on a number of key issues weeks in advance of the commencement of the EWSS as to how the scheme would operate.

However it stated that it had "...failed to receive that clarity from the Department".

In a statement, it said that it had written to Minister Humphreys on 7 September in relation to these issues.

The company said that while the Minister did not respond personally to the queries, Aer Lingus had "constructive discussions" with her department during which the requested clarity was provided.

It said: "Aer Lingus has acted at all times in accordance with the guidance as provided by DEASP and the Revenue Commissioners. We believe that the issues relating to the EWSS have now been resolved and an agreed process has been put in place with DEASP."

Revenue to speed up payment of wage subsidies 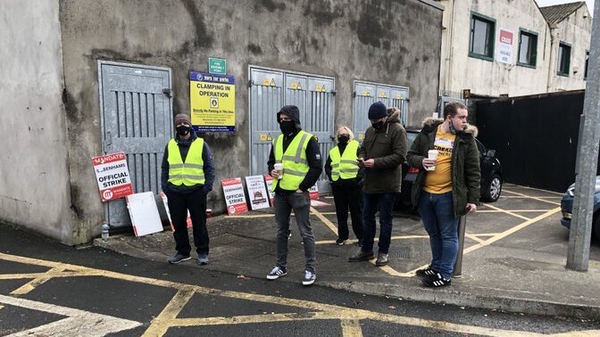