Here is the "new normal". An almost relaxed place with hairdos, sit-down meals and permission to travel outside county bounds.

As families reunite and we emerge from months of lockdown, perceptions on what to do now and into the future to suppress coronavirus has brought us to a crossroads.

It's here at this junction there are two groups.

Gone in one direction is a group prepared to take risks they dared not before. In the other, are people concerned about a second Covid-19 wave, the actions of others and calling for an end to foreign travel.

The best illustration of this is from Athlone. I visited there for Morning Ireland on RTÉ Radio 1 this week.

The on-the-road series gauged the impact of the pandemic and teased out opinions and attitudes as the Phase 3 reopening happened.

On Monday, shortly after 3pm there was a buzz at The Shack in Athlone, a family owned bar and restaurant.

A din of laughter and rattling crockery punctuated customers' conversations, as the premises was busy after a 14-week closedown.

Behind the bar pints were pulled, lager, ale and stout. No one approached it as orders were only given and taken at tables with food. 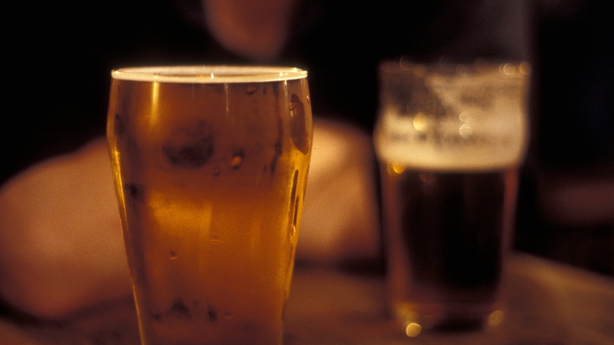 Renowned for its food, pints and craic, The Shack had a handful of people scattered at tables. All were delighted to be there. The return of their local bringing a semblance of normality to their lives.

"I am here after three months away. This is my local. It has been a long time since last March. It is nice to be back here today," said one man.

In a corner a group of four men in their early 20s sat closely together laughing loudly and drinking pints. "This is our first time out," they said.

"Everyone was going a bit mad talking to their families inside in their houses. It's grand to get out of it," said one of them.

When asked if he had concerns about the coronavirus, he added: "I think we should be fine and grand. As long as everyone is smart enough, everyone should be alright."

Around the corner four other men, aged in their 40s and 50s, sat tightly at a small rectangular table. Again drinking pints, one explained, he thought the day would never come where he would be back in a pub with his friends.

"We're a long time waiting for this," he said. Again, there were no concerns about Covid-19.

Metres away, adjacent to an exit door, an elderly couple in their 70s finished a meal. "I had the lamb shank. It was lovely. This is my first pint since St Patrick’s Day and I’m enjoying it," said Terry Power.

He observed it was "business as normal" in the pub "apart from the PPE".

The Shack’s owner Mark Claffey said wearing PPE is important to staff and customer safety. "I just want to get things right. I want people to be safe," he said.

After 14 weeks away from work, staff said they were happy to back again. However they were also apprehensive.

"I’m kinda nervous meeting people. We are still nervous about this virus, but it is good to be back as well," said Lindsey Conroy.

As face coverings and masks are recommended in different settings, most notably public transport, there were two distinct views on wearing them in Athlone on Monday.

Terry Power said he was not worried about Covid-19 and disregarded the usefulness of face masks.

He added he is planning a foreign holiday because Ireland is too expensive. "It’s too expensive to stay in Ireland for the week. Lanzarote is very good in August. You get a very good holiday in August for €600 a week all inclusive. You can’t get that in Ireland." Mr Power’s views, and the relaxed attitude of other customers at The Shack jar with the views of people on Athlone’s main street. Most who stopped to record a vox pop for Morning Ireland expressed concerns about the arrival of, as they put it, a "second wave of the Covid".

They expressed fears that international travel will exacerbate the levels of infection from the virus.

Unlike the young man in his early 20s in The Shack who said "we should be fine and grand" despite the coronavirus many people I met on Athlone’s main street held a contrary view. Brian Kiernan,67, and Mary Kiernan, 63, best represent this.

"People have to make sure they don’t get complacent. It will come back. At our age if we get it we are in big trouble. I would hope that people would holiday at home rather than foreign because we are such a small island. What we need to do is keep it out. As long as people are responsible within the country that’s fine," said Mr Kiernan.

"At the same time you would be a bit wary if it is being opened up a wee bit early but they have to start it at some time to open the country a bit economically."

As we face suppressing Covid-19 until a vaccine or remedy is found there is a clear divide – two groups.

The first prepared to take risks they had not before, consider risk part of a "return to normality" that could impact themselves and maybe no one else. And the second, maybe perceived by the first group as too conservative in their interpretation of what we can or should not do in the "new normal", want a slower approach.

No matter which group you fall into both are going in the same direction and are somewhat dependent on each other’s actions.

And both want to see the back of "the Covid" despite their different approaches.

Cian McCormack’s 'Getting back to business: The New Normal' series for Morning Ireland on RTÉ Radio 1 teased out the impact of Covid-19 on people, businesses and tourism. He visited Co Clare, the Midlands and Achill Island in Mayo. You can listen to the entire series here:

Animal groups warn of rise in numbers of dog thefts