A youth group in Limerick has won a prestigious award from the World Health Organization for its work promoting a no smoking and no vaping campaign targeting young people and children.

The Comhairle na nÓg group made up of Leaving Cert students from across Limerick, and co-ordinated by Limerick Youth Service, brainstormed in workshops about developing a campaign to warn people not to smoke or vape in places frequented by young people.

Through their workshops they worked on developing a simple but strong message slogan 'Not Around Us', a request to anyone considering smoking near young people not to do so.

They then produced posters with the slogan, which were placed at strategic parks, playgrounds amenity areas and crèches in Limerick where young people and children frequent to discourage any adults and others who might consider smoking or vaping in these locations to desist from doing so. 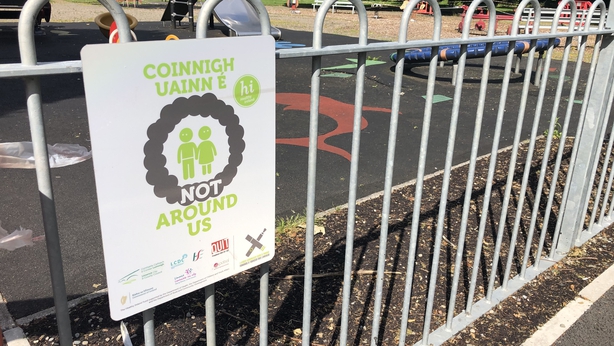 Aoife Ryan, one of those involved in the campaign, said the aim was to de-normalise smoking and get the message out to people who may be in locations where young people meet that it is not acceptable that they smoke around them.

"I feel very strongly about smoking and I want to make sure that my generation sends out a clear message that smoking is not acceptable.

"This is my generation saying to those who smoke that we do not want you smoking around us and our posters remind people of that when they go to locations where we may congregate," she said.

Zara Daly, another member of the group, said they wanted to promote a simple message that came from young people themselves that they did not want people around them smoking in the areas where they meet.

She said the message is that her generation is the one that says "we are taking control of this and asking very seriously that adults and others not smoke around us, and the signage reinforces that".

Eoin Coughlin, who is also in the group, said the campaign was also aimed at young people and adults who vape. 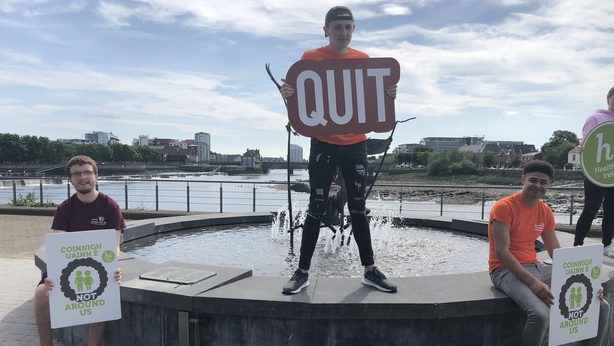 "There is a perception that vaping is somehow safer and this is popular among young people.

"But while it may not generate the same litter as smoking, the health hazards around young people are the same.

Dylan Pearse and Tyrone Guillen spoke about the huge honour they feel about the WHO gold medal award.

Dylan said: "To think that this began as a local youth group initiative and got WHO recognition is a huge accolade for us.

"To be part of a peer group that developed this idea and to think our slogan has helped change behaviour in Limerick is great."

Tyrone said this was just a simple idea that just grew and grew and took legs, way beyond Limerick, and to think it got such a prestigious award from a organisation like the WHO is just fantastic. "We are really proud for our group and for Limerick," he said.

The campaign was supported by Limerick City and County Council and by Health Service Executive Mid-West Community Healthy Ireland.

Bedelia Collins who works on health promotion with HSE Mid-West said the work of the young people will help smokers to quit smoking and feed into the national quit.ie campaign.

"This is young people saying we do not want you smoking around us, and in particular we do not want to see you smoking or vaping in areas where we meet like parks, playgrounds and creches, and this reinforces the message for people who might think twice about smoking in these locations.

"We have smoke free workplaces, now these young people have sent out a strong message they do not want people smoking around them in parks in playgrounds and creches, and I believe this makes it easier for people to think about their smoking habits and how they may think about giving up," she said.

The gold medal award to the Limerick Youth group was given as part of an international programme by the WHO to mark 'World No Tobacco Day' today where the theme this is around young people.

The theme this year is 'Protecting youth from industry manipulation and preventing them from tobacco and nicotine use'.

Minister for Health Simon Harris paid tribute to the work of the group saying "it's very encouraging to see our young people playing such an active part in the development of the 'Not Around Us’ campaign.

"For a local group-led initiative to receive the highest international recognition is an extraordinary achievement," he said.