A €15 commemorative coin launched earlier this week to mark 70 years since the birth of Phil Lynott has sold out.

The website on which they were being sold - collectorscoins.ie - experienced technical difficulties yesterday as a result of what the bank said was "extremely high demand" for the coin. 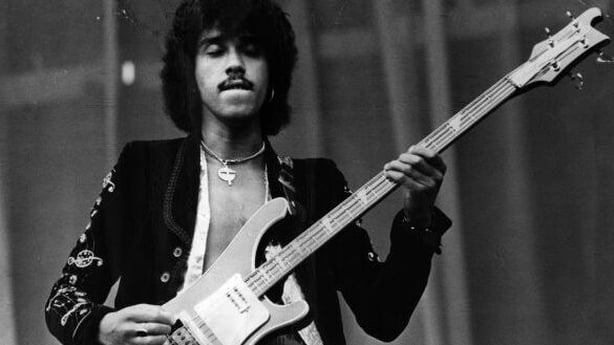 The coin was designed by artist Sandra Deiana and depicts the musician in a characteristic pose with his bass guitar and sound waves coming from it.

There is also a graphic representation of a vinyl record.

It was launched on Tuesday by President Michael D Higgins at St Kevin's College in Crumlin - Phil Lynott's former school.

We wish to sincerely apologise for any inconvenience caused due to technical issues on the website https://t.co/mboPg2c1fb. This was as a result of extremely high demand for the limited edition Phil Lynott coin which launched today. Further information https://t.co/sNyTQRq2Fb

Due to high level of demand, we are experiencing some technical difficulties with the https://t.co/gwCCO1P5kx website this morning. We are working to resolve these issues as soon as possible. We are sorry for any inconvenience caused.

Phil Lynott was born in England but grew up in Dublin.

After fronting several bands, he formed Thin Lizzy in 1970.

The band enjoyed success with songs including 'Whiskey in the Jar', 'The Boys are Back in Town' and 'Jailbreak'.

He was also a successful solo artist with hits including 'Old Town' - the video showing him walking through the streets of Dublin.