RTÉ On Climate will see brand-new content across TV, radio and online, including dedicated news features offering an Irish perspective on the global crisis - and practical ways in which we can all make a difference.

The thought-provoking initiative will also see the RTÉ Youth Assembly on Climate convened in Dáil Éireann.

The climate content will look at a range of issues affecting everyone for audiences aged eight and upwards.

Dee Forbes, Director General, RTÉ said: "The world is rising to the burning issue of climate change, and here in Ireland our young people have been especially moved by the climate crisis.

"This special week reflects the growing concern, globally and here at home, and offers a whole range of content that not only analyses where we are and how we got here, but looks at what we can do.

"Ultimately, our own individual actions will define how we as a community respond on this issue. RTÉ On Climate is our contribution to framing, explaining and, ultimately, moving us all one step closer to solving the problem."

RTÉ News will produce a range of special reports and live programming with a week-long series from Environment and Science Correspondent, George Lee.

Correspondent Paul Cunningham also travels to the Arctic Circle and returns to the western towns of Greenland which have been most impacted by climate change.

During the week RTÉ News mobile journalists will create a series of short films for social and digital platforms, asking people from across Ireland about why climate issues matter to them.

RTÉ Radio 1 will build on its ongoing coverage of environmental, biodiversity and sustainability issues with a range of special reports and studio discussions across daily programmes beginning with Morning Ireland.

On Monday 11 November at 9.35pm on RTÉ One, meteorologist Gerald Fleming and climate activist Dr Cara Augustenborg examine the disturbing consequences of extreme global weather and ask the question: Will Ireland Survive 2050?

On Tuesday at 9:35pm on RTÉ One, Phillip Boucher-Hayes looks at the biggest areas to be addressed to meet the emissions reduction targets Ireland has signed up to in Hot Air-Ireland’s Climate Crisis .

RTÉ Player will drop a new four part series called My Best Sustainable Life, which follows Nadia Forde, the 2 Johnnies, Lauren Guilfoyle, Thumper and Bonnie Ann Clyde, as they take on the commitment to change one aspect of their life to help the planet.

What Planet are you On?, presented by Maia Dunphy and funded by Science Foundation Ireland, is a three-part series on RTÉ One which shows families tackling real challenges in the areas of water, waste, energy and food and in their homes.

For Ireland’s younger viewers, RTÉjr follows 12-year-old Flossie Donnelly in My Story: The Beach Cleaner as she travels to Indonesia to learns more about solving the plastic problem in our oceans and RTÉjr Radio will host a brand new series called Ecolution, News2day will continue to shine a light on climate issues for 8-12-year-olds, as well as hosting a special live broadcast from Dáil Éireann for the RTÉ Youth Assembly on Climate.

www.rte.ie/climate will feature articles, tips and hacks throughout the week. 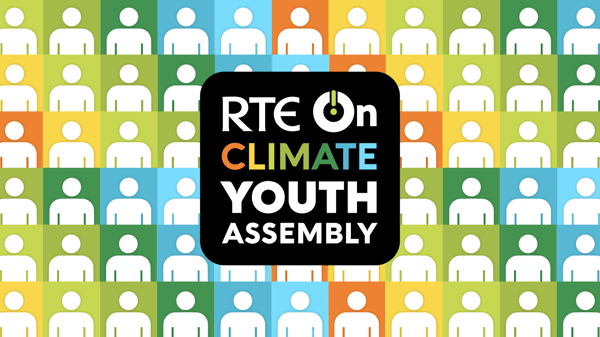 Are you an RTÉ Youth Assembly delegate? Full list here