A murder investigation is under way into the death of a woman in Co Mayo yesterday.

The woman has been named locally as Valerie Kilroy, a 41-year-old mother-of-three.

A man in his 40s who was arrested in connection with her death remains in garda custody.

Ms Kilroy's body was taken from her home to Mayo University Hospital where a post-mortem examination was carried out.

The results of the post-mortem examination are not being released for operational reasons.

Three children were in the house and were unharmed.

The State Pathologist has been conducting an examination of the house and adjacent agricultural sheds where the remains were found yesterday morning.

Gardaí maintained a presence at the scene through the night and have been carrying out a detailed forensic examination since early this morning.

The crime scene, on the main Westport to Castlebar road, remains sealed off.

The man arrested in connection with the death of Ms Kilroy is being held at Castlebar Garda Station.

Gardaí say they are not seeking anyone else in connection with their inquiries.

Ms Kilroy was employed by the Health Service Executive.

The organisation has extended its condolences to her family and says it is working to support her colleagues at this time. 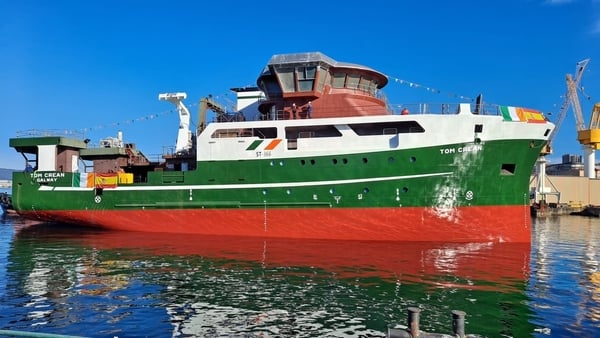