Two men have been arrested in connection with the murder of a bookmaker in Co Kildare 28 years ago.

Dessie Fox was on his way to a race meeting at the Curragh on 30 September 1990, when he was ambushed, robbed and shot.

The two men, aged 50 and 61, were arrested in Tallaght and Clondalkin this morning and are being questioned in separate garda stations in Kildare.

Gardaí have described the arrests as "significant".

Fox, 47, from Dungannon in Co Tyrone, was shot in the leg by a gang at Healy's Bridge in Prosperous, however the bullet severed an artery and he bled to death at the scene. 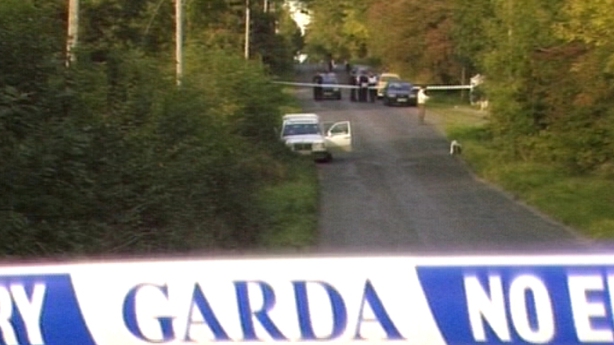 Gardaí in Naas and the cold case unit have been investigating the attack, which is believed to have been planned by a criminal gang with IRA connections at the time.

So far, up to 17 people have been arrested and questioned, with 500 statements taken and 1,500 people interviewed.

One of the two men arrested this morning was taken from Wheatfield Prison where he is serving a sentence for an unrelated matter.

They can be questioned for up to three days.

The Acting Garda Commissioner has described the arrests as a significant development.

Dónall Ó Cualáin said the arrests show the force's determination to pursue these cases and he renewed the appeal to members of the public to come forward.

He said gardaí were determined to bring the case to a conclusion.