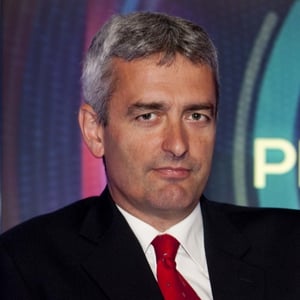 With four weeks to go until Ireland votes on the referendum on the Eighth Amendment on Friday 25 May, David McCullagh looks back on the contentious debates over Ireland's abortion legislation.

1861
Offences Against the Person Act makes it an offence unlawfully to administer poison or to use an instrument on any woman with intent to procure her miscarriage.

1973
Supreme Court judgment in the McGee case finds that the constitutional right to privacy includes the right to contraception, which eventually led to the introduction of legislation allowing contraception. 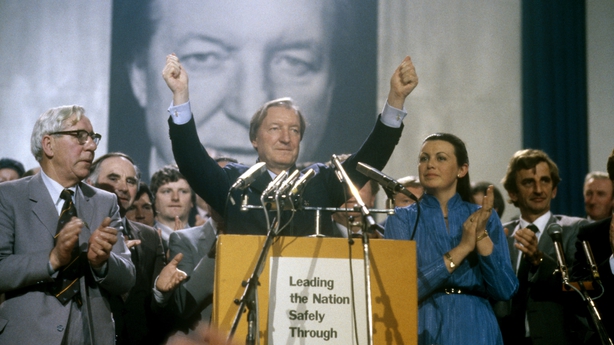 Garret FitzGerald replaces Charles Haughey in June 1981. Haughey comes back in March 1982. He is replaced in turn by FitzGerald again in December 1982.

All of these elections were extremely close, the margin of victory was very narrow, and both?Haughey?and FitzGerald were determined to get every vote they possibly could – and there were absolutely no votes in being soft on abortion.

May 1981
Haughey and FitzGerald both promise a Constitutional amendment to ban abortion.

March 1982
Back in power, Haughey confirms his intention to bring forward legislation to allow for a referendum to insert into the Constitution protection of the right to life of the unborn child.

July 1982
The Department of Justice believes that if the right to life of the adult is declared by the Constitution "there would ...?be a positive Constitutional right to have an abortion performed if certain circumstances arose".

November 1982
During the election campaign, Haughey and FitzGerald commit to the wording proposed by the Pro-Life Amendment Campaign. Labour leader Dick Spring refuses. 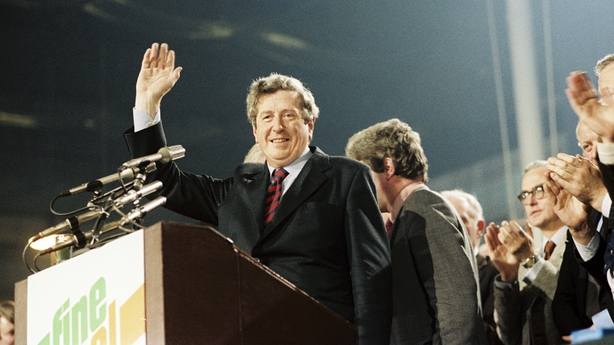 February 1983
Minister for Justice Minister Michael Noonan says proposed wording is "avoidably vague" on the definition of what is meant by "the unborn", which would "make it inevitable that there will be expensive litigation with, at the end of the day, the right of decision on a fundamental point being handed over unnecessarily to the Supreme Court".

"It will lead inevitably to confusion and uncertainty, not merely amongst the medical profession, to whom it has of course particular relevance, but also amongst lawyers and more specifically the judges who will have to interpret it.

"Far from providing the protection and certainty which is sought by many of those who have advocated its adoption, it will have a contrary effect."

March 1983
FitzGerald backs Sutherland’s wording, which is accepted by the Fine Gael parliamentary party: "No law enacted shall be declared to be invalid as being inconsistent with this Constitution by reason of the fact that it prohibits abortion."

He explains that under the PLAC wording, "the Supreme Court would be called upon to interpret it. This would undermine the purpose of the amendment as originally sought".

September 1983
The referendum is passed.

Just five constituencies vote against the amendment. Dún Laoghaire (58%) had the highest no vote, along with Dublin North-East, South, South-East, and South-West.

January 1992
The X Case:
A 14-year-old girl and her parents find out that she is pregnant as a result of being raped by a neighbour. The rape is reported to gardaí.

The parents and the victim decide to go to Britain for an abortion and ask gardaí if the foetus could be tested to provide evidence for the investigation.

The gardaí ask the Director of Public Prosecution for advice and the DPP asks the attorney general Harry Whelehan.

Whelehan decides to seek an injunction to stop them leaving the country to have an abortion. The family are already in Britain, but they decide to come back to Ireland. 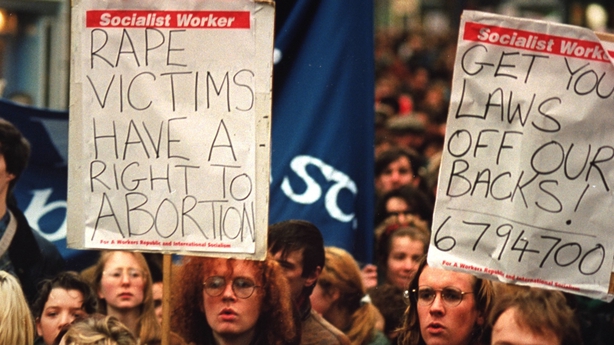 February 1992
Mr Justice Declan Costello, who has been told the victim has expressed suidical thoughts, finds that she should not be allowed travel for an abortion.

"The risk that the defendant may take her own life, if an order is made, is much less and of a different order of magnitude than the certainty that the life of the unborn will be terminated if the order is not made."

March 1992
This decision is appealed to the Supreme Court, which orders the order to be set aside, and interprets the Constitution as meaning that abortion is allowed if there is a danger of suicide.

November 1992
Three proposed constitutional amendments are put to the people that November.?

Right to travel: "This subsection shall not limit freedom to travel between the State and another state."

Three constituencies voted against: Donegal North East and South West, and Cork North West. The highest Yes vote of 80.6% was in Dún Laoghaire.?

Right to information: "This subsection shall not limit freedom to obtain or make available, in the State, subject to such conditions as may be laid down by law, information relating to services lawfully available in another state."

Four constituencies against: the two?Donegals, Cork North West and Limerick West. The highest Yes vote was in Dún Laoghaire at 75.9%. 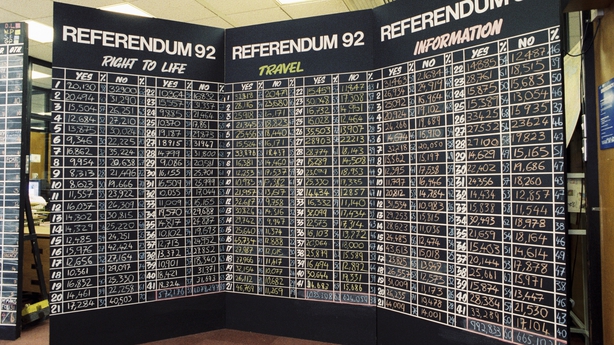 Substantive issue: "It shall be unlawful to terminate the life of an unborn unless such termination is necessary to save the life, as distinct from the health, of the mother where there is an illness or disorder of the mother giving rise to a real and substantial risk to her life, not being a risk of self-destruction."

This was opposed by both sides, because while it removed suicide as a ground for abortion, it was seen by some as widening the grounds for abortion.

Not a single constituency voted in favour, with the highest Yes vote?in Dublin South West at 40%. The highest No vote was in Dublin South East at 73.8%,?but?Donegal North East was just behind at 72%.

So, agreement in the most liberal and the most conservative constituencies in the country.

March 2002
Another attempt was made to remove suicide as a ground for abortion. Legislation was passed that would come into effect if, and only if, the referendum was passed.

This would remove suicide as a ground for abortion, introduce a new legal definition of abortion, and say that?medical procedures necessary to save the life of the mother would not be considered to be abortion in its criminal sense.

Twenty-two constituencies voted in favour and 19 against. Donegal North East voted 70.6% in favour, with Dún Laoghaire voting 68.2% against.

July 2013
The Protection of Life During Pregnancy Act was passed.

The number of abortions carried out to date in the State under the legislation is as follows: 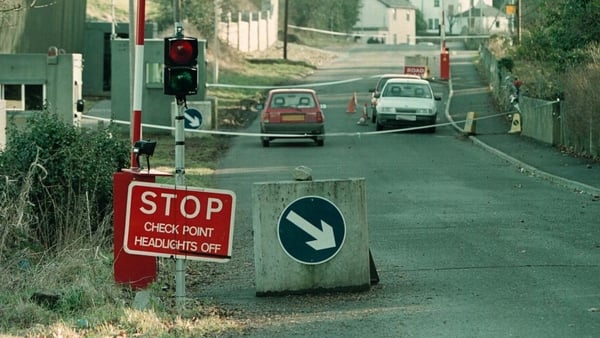 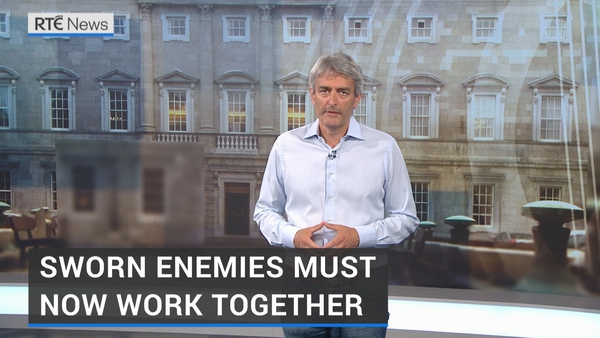 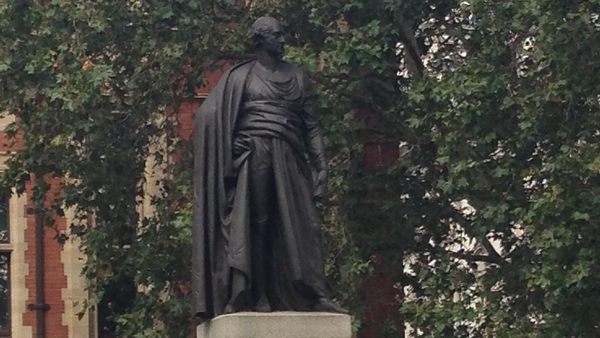 Johnson not the shortest-serving PM - but by how much? 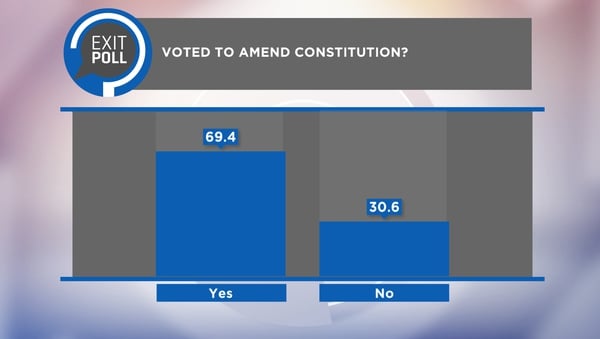