A number of events are taking place this weekend to mark the 50th anniversary of the Tuskar Rock air crash in which 61 people were killed, writes Tommy Meskill.

Today at Rosslare Harbour, 90 relatives boarded the LÉ Eithne which led a flotilla of boats seven miles off the Irish coast to the location where the ill-fated flight hit the sea near Tuskar Rock in 1968.

There at 12.15pm relatives cast wreaths into the water, marking the time of the crash.

On returning to land, they then attended a service at the Memorial Park in Rosslare.

A stone was unveiled, wrapped in a chain with 61 links to represent the 61 lives lost.

The Band of the 1st Southern Brigade, Irish Army, The Wexford Male Voice Choir and relatives were among the attendees.

Tomorrow, a commemorative mass will take place at the Church of the Assumption, Ballyphehane, Cork.

A number of Ballyphehane parishioners, including Fr Eddie Hegarty, lost their lives in the crash. 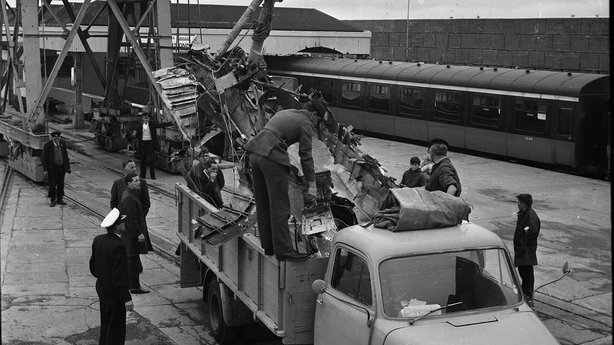 Aer Lingus flight 712 departed Cork that day en route to London Heathrow with 61 passengers and crew on board.

The majority of those who died were from Co Cork, but there were others from Belgium, Britain, Holland, Sweden, Switzerland and the US.

Only 14 bodies were ever recovered and 50 years on the cause of the crash remains unknown.

50 years on from the Tuskar air disaster, relatives travel on the LE Eithne 7 miles off the Wexford coast to cast wreaths in their memory @rtenews pic.twitter.com/i2mlBYvSLF