A group campaigning for tougher life sentences for murderers says it wants justice not vengeance.

The Sentencing and Victim Equality group (SAVE) met in Carlow today calling for a minimum tarriff to be served before parole can be considered.

John Whelan's sister and two nieces were murdered in their home in Windgap, Co Kilkenny, on Christmas Day 2008.

He said: "We have to write letters every year to the parole board."

He said SAVE is campaigning for "25, 30, 35 years and a whole life tarriff, if needed, and that would do away with the parole system".

Mr Whelan said this is what happens in England.

Angela Doyle Stuart (below) feels strongly about changing the sentencing laws "because it's only when you've experienced it you realise how shocking and bad that sentence is".

Her 24-year-old sister Lisa was murdered by her fiance Gerard O’Hara in Leighlinbridge, Co Carlow, in September 2009.

Speaking today Ms Doyle-Stuart said: "Ger O’Hara has served half of that life sentence already and we're still getting our heads around it, still coming to terms with the loss of a sister, a daughter, a friend." 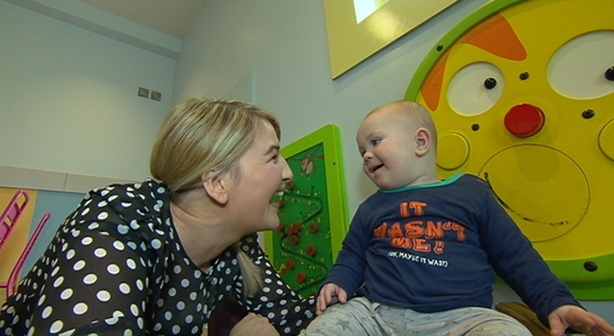 She said it's like a "hurricane through the family".

Her two sons, Eoghan and Ruairi, were murdered by their father.

She said: "If the judge had been able to just add the words to serve a minimum of 20 years, 30 years it would have made life just a little bit easier at the time."

The Department of Justice issued a statement this afternoon saying there is a serious question as to whether the model of sentencing used in England, where certain sentences may have both a punitive element/tariff and a public protection element could be consistent with our constitution.

"While there are no plans at present to amend the law to provide for a specific minimum term of imprisonment for murder, the Minister intends to keep the matter under review," said the statement.