BT Ireland and Conduit Global are to review the controversial toilet-break policy for 999 operators at the Emergency Call Answering Service (ECAS) based in Dublin, Navan and Ballyshannon.

In addition, BT Ireland is to commission an expert review of ECAS work practices and make recommendations.

Earlier this week, the Communications Workers Union (CWU) announced it was balloting its members at ECAS for industrial action in a dispute about pay, working conditions and union recognition.

The CWU revealed that as part of a Telephone Misuse Policy, operators' toilet breaks may not exceed seven minutes, or 19 minutes in total across a 12-hour shift.

Only one operator from the three ECAS centres in Ballyshannon, Dublin and Navan may take a bathroom break at any time.

The actual policy states: "Operators must advise the FLM or Lead Operator on duty that they are going into a NRD [Not ready for duty].

"They must also advise them of the time they come back from their short break. These times will be recorded in the adherence log as DSE [Doing Something Else], however no reasons are needed."

Breaches of the policy could give rise to disciplinary action.

In a statement, Conduit Global said: "While we monitor the number of staff available to handle emergency calls at all times, our staff have not been instructed to, nor is there any intention that they must, report to management before and after taking a toilet break."

A Conduit Global spokesperson said they and BT had met staff directly in recent days to hear their grievances and intended to review the controversial bathroom-break policy.

She also noted that staff receive other kinds of breaks in the course of a working day.

However, she reiterated that they would continue to refuse to engage with the Communications Workers Union.

BT Ireland which secured the ECAS contract in 2009, but outsourced it to Conduit Global, has said it is commissioning an independent expert to review the work practices at ECAS and make recommendations.

It said it has contingency plans in place to maintain the service in the event of industrial action.

It also rejected union claims that the service is State-funded.

It said that while 999/112 calls are free to the caller, ComReg charges a call-handling fee for each call which is levied on communication companies.

It said BT invested €10m in modernising the service.

It stressed that every emergency operator in Conduit received a 10% rise in pay, allowances and bonuses last November, backdated to July 2014 - and that when combined, staff can earn more than the living wage.

Meanwhile the CWU expects members to return their ballot papers by 9th February and will have a result on 10 February. 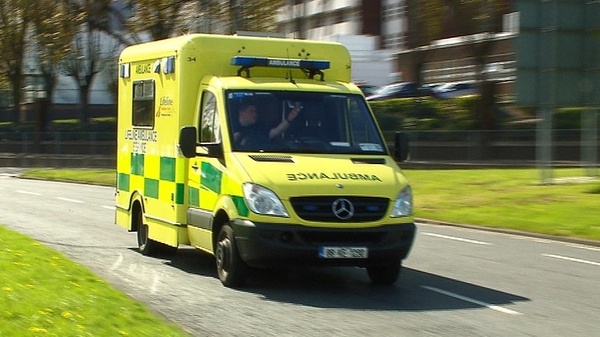 999 operators must ask permission to use toilet under new policy