Thousands of participants and spectators gathered this morning at Fitzwilliam Square for the Dublin Marathon.

A record number of entrants took to the starting line at Fitzwilliam Square for this year's race. 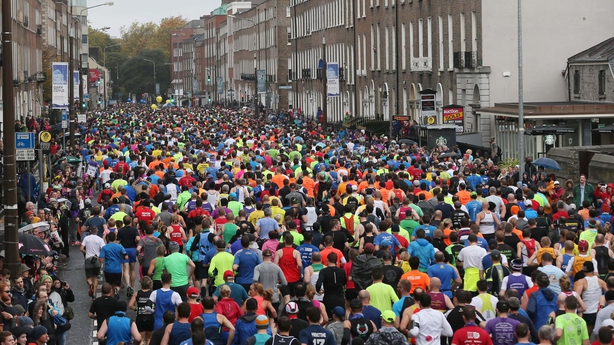 The wheelchair race got proceedings under way at 8.55am. 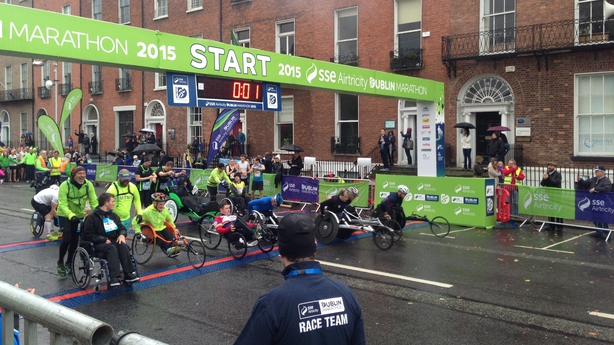 Various road closures and traffic restrictions were in place in the city centre as a result of the race, while Merrion Square remaining closed to traffic until 9pm.

This may be the last year the marathon is held on the October Bank Holiday Monday.

As the race continues to grow in popularity, organisers are hoping to attract even more international competitors next year by moving the event to Sunday.

Alemu Gemechu of Ethiopia won the marathon, with a time of two hours and 14 minutes.

Nataliya Lehonkova from Ukraine won the women's race in a time of two hours and 31 minutes.

Patrick Monahan from Naas, Co Kildare, won the wheelchair race, with a time of one hour and 43 minutes.