The operator of the NCT test has lodged an appeal against a recent judgement that could expose it to compensation claims from motorists, RTÉ Investigates has learned.

Applus Car Testing Service is appealing a decision in December by Cork Circuit Court Judge Brian O’Callaghan ordering it to pay €31,000 to the family of Amanda O’Flaherty who died in a car accident in December 2012.

Ms O Flaherty’s car had passed an NCT seven months before the accident, which occurred near Cobh, Co Cork. Judge O’Callaghan accepted expert testimony that the car’s rear shock absorbers – crucial components of a vehicle’s suspension - were defective at the time of the accident and when the car passed the NCT in May 2012.

The judge also accepted expert evidence that the defects were the probable cause of the accident, which occurred when Ms O Flaherty’s car suddenly veered across the road into an oncoming car. Functioning shock absorbers help to keep a vehicle’s tyres in contact with the road.

The Circuit Court decision vindicated Ms O’Flaherty’s mother, Paula Murphy, who has fought a high profile campaign highlighting that her daughter’s car was unroadworthy when it passed the NCT.

The Road Safety Authority, which awards the NCT contract, declined to comment on the detail of the judge’s decision but said in a statement that it "does not regard the existence of an NCT pass certificate as a warranty as to the condition of the vehicle."

NCT operator Applus said "it would not be appropriate" to comment because it is appealing the judgement.
The NCT suspension test has two key parts - a visual test for defects and a balance test. In the balance test vehicles are put on a machine and shaken vigorously to measure the movement of the suspension. If the differential between the movement on the left and that on the right is greater than 30%, the car will fail the test. However if both shock absorbers are faulty, but similarly faulty and therefore roughly in balance, they will pass the balance test.

In Amanda O’Flaherty’s car the measurements were 96Mm, or Mahamaters (virtually identical to millimetres) on the nearside rear suspension and 94Mm on the offside. The imbalance was only 2%, so the car passed. However, auto engineers have told RTÉ that readings higher than 80Mm suggest that shock absorbers are defective.

In the visual test, NCT vehicle inspectors check for leaking or damaged shock absorbers. Thousands of cars fail the visual inspection, but if no defects are visibly apparent and the car passes the balance test it will pass the suspension test.

In that report, retired NCT Vehicle Inspector John Sherry said that a car could pass even when it was clear to the tester that its shock absorbers are faulty. 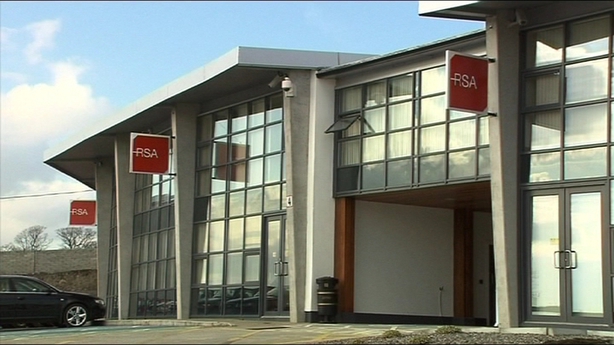 In its statement the Road Safety Authority said that Amanda O’Flaherty’s car "...passed the test seven months previous to the collision and the results on the day were unremarkable and would not have given an NCT inspector any cause for concern to fail the vehicle concerned."

RTÉ Investigates asked the RSA to supply figures for the number of cars in a recent six-month period which have passed the NCT suspension test with Mahameter readings the same or higher as those of Amanda O’Flaherty’s car.

The Authority declined to provide figures. However, an analysis for the RSA conducted by the UK Transport Research Laboratory consultancy in 2016 found that for cars of the same age and make as Amanda O’Flaherty’s (1995, Mazda 121) about half had suspension test readings of 90Mm or higher.

The report did not state how many of these cars failed the NCT.