Two-thirds of young people with a severe peanut allergy who took part in an international clinical trial of a new therapy have become significantly desensitised to the effects of consuming the nuts.

The biologic oral immunotherapy drug, itself derived from peanuts, gradually gets the body used to the allergen over time as the dosage increases.

Although experts say it does not represent a cure, the trial results will give hope to many who suffer from the life-limiting and potentially life-threatening allergy.

Scientists say it is possible that the remarkable findings, published in the New England Journal of Medicine, could in time be used to develop treatments for other allergens.

"This is a game-changer and the floodgates are going to open with people wanting to have this treatment and we have to work out how to do that," said Professor Jonathan Hourihane, Principal Investigator at the INFANT Centre at University College Cork, who led the Irish leg of the trial. 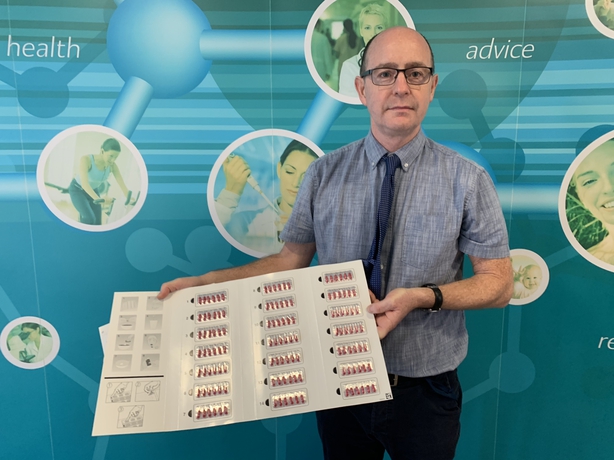 It is thought up to 20,000 people in Ireland have a peanut allergy, which can cause a rash, facial swelling, hives, wheezing, faintness and an upset stomach.

In the most severe cases, the reaction can result in anaphylaxis, which can be fatal.

A total of 496 young people, aged four to 17 years old from ten countries in Europe and North America, took part in the trial, with 15 of them living in Ireland.

All participants were tested before the trial began to ensure they had a severe peanut allergy, defined as reacting badly to eating the equivalent of a third of a nut.

A group of 372 then received tiny doses of the therapy, known as AR101, while under supervision in hospital.

That dose then increased gradually over a number of months until they were tolerating 300mg or the equivalent of one peanut a day.

They then remained on a maintenance dose of 300mg for a further six months.

At the end of the trial, the participants were tested to see what would happen if they ate 600mg, or the equivalent of two peanuts.

67% of those who had been taking the treatment were able to tolerate the peanut protein, experiencing no more than mild symptoms.

However, just five of the 124 or 4% of participants who had been consuming the dummy or placebo were able to tolerate two nuts.

The trial also found that even though some of the participants who took the drug were not able to tolerate the higher level of exposure, their reaction to a high dose was far less severe than it would have been previously.

Although 12% of those taking the drug during the trial had to withdraw due to side-effects, the overall incidence of serious or severe side effects requiring treatment during the trial was low.

'Life is a little bit easier' 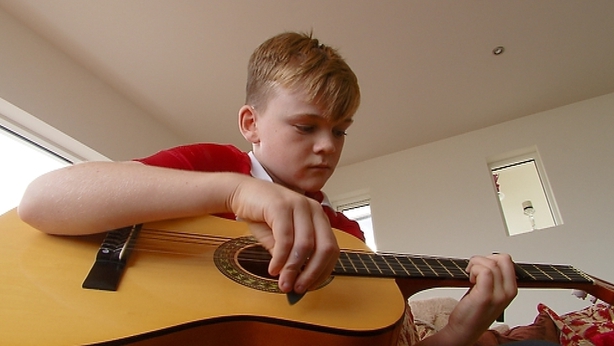 Lúí Phipps from east Cork was among the 15 Irish trial participants. He was diagnosed with a peanut allergy when he was one and since then has had to be very careful about what he eats.

The 12-year-old has also had to carry an adrenaline autoinjection pen with him everywhere in case he suffered an extreme allergic reaction.

"If I accidentally ate something that had a trace of peanut in it, I would have a reaction," he said.

"My throat would swell and I wouldn't be able to swallow so I'd have a lot of spit and I'd have to spit a lot. My stomach would feel a bit sick and I might throw up."

But after taking part in the trial, Lúí can now tolerate eating several peanuts.

"If I do accidentally eat a peanut it does actually help me, without having a reaction," he said.

His mother Siobhán says it means the family can be a bit more relaxed about what Lúí consumes, where he goes and what he does.

"As a mum, I'm much more comfortable with this because I know that his reaction will not be as severe," she said.

"Life is a little bit easier, I'm not as worried about him. He is going to secondary school next year, I don't want to be running around checking what he is eating all the time, worried about if he is going out with friends."

"At sports events I'm not worried about water bottles being misused, or him drinking or eating anything that he shouldn't."

A trial of a new therapy shows a reduction in the effects of peanut allergy pic.twitter.com/CXkdj6pBYe

Experts say the results show it is possible to desensitise patients with severe peanut allergies using a gradual exposure method.

However, they caution that the therapy does not represent a cure and an ongoing maintenance dose will be necessary to keep the desensitisation.

Nor is it clear how long the desensitisation will last if the patient stops taking the therapy.

The results also do not mean that all of the patients who have experienced desensitisation can now eat large quantities of peanuts.

But it does mean they are far less likely to experience a severe reaction if they are accidentally exposed to the allergen.

"I think it is a controlling process, they have to keep eating peanut to stay safe," said Professor Hourihane.

"Some people can't do that and some people don't want to keep doing it. But we think that if these people stay on peanut they are going to be safe while on the peanut and that's a massive change to being unsafe off peanut which is how they were before."

He said the next step is to try to get the highly labour-and expertise-intense treatment into use here. He also said further trials are needed to see about the subtleties of changing the methods and frequencies of treatment.