Environmental protesters have blocked Waterloo Bridge in London as they try to bring the city to a standstill.

The busy Thames crossing was closed to traffic in both directions this morning, Transport for London (TfL) said.

Campaign group Extinction Rebellion posted pictures of activists walking on the road on Twitter and said: "We have taken Waterloo bridge!"

It is one of five central London locations being targeted by demonstrators demanding that the government declares a climate emergency.

Marble Arch has been taken - our peaceful group of activists have moved onto the road and talks beginning on stage shortly #extinctionrebellion #thisisanemergency pic.twitter.com/FdDE8KXU4J

A TfL spokesman said: "The safety of our customers and staff is our number one priority and we're working closely with the police to manage the impact on London's transport network.

"We would encourage people to check their journeys before they travel."

Activists said they hope to create a "festival" of action, including people's assemblies, performances, talks, workshops and food. 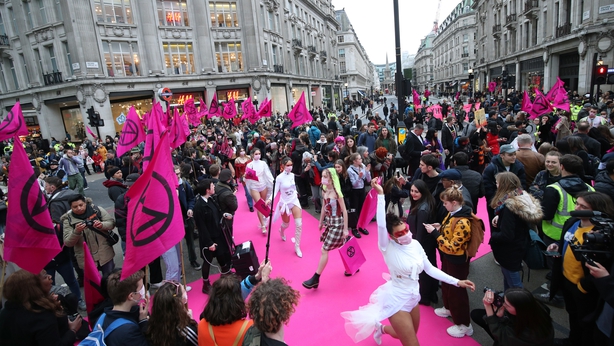 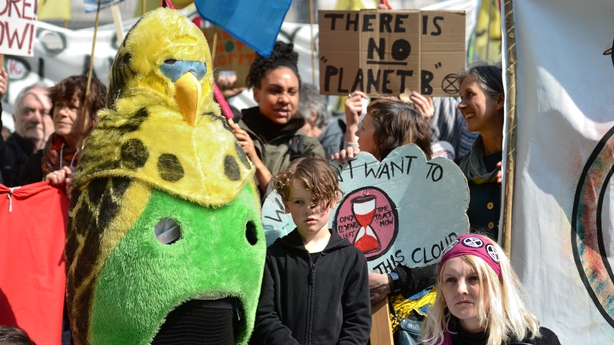 The movement, which is demanding the British government takes urgent action on climate change and wildlife declines, has received support from actress and activist Emma Thompson and former archbishop of Canterbury Dr Rowan Williams.

Speaking at a meditation on the eve of the protests, Dr Williams said humans had declared war on nature.

He said: "We are here tonight to declare that we do not wish to be at war. We wish to make peace with ourselves by making peace with our neighbour Earth and with our God."

Ms Thompson has previously said of the demonstrations: "It is time to stand up and save our home."

Organisers said: "The international rebellion begins and Extinction Rebellion will be bringing London to a standstill for up to two weeks.

"They will be blocking five of the city's busiest and most iconic locations in a non-violent, peaceful act of rebellion where they invite people to join them for several days of creative, artist-led resistance."

Demonstrators arrived at London's Hyde Park yesterday, some having journeyed to the city on foot in recent weeks from various parts of the UK.

Today will see people in at least 80 cities in more than 33 countries hold similar demonstrations on the same environmental issues, campaigners said.

While organisers encouraged people to set up camp in Hyde Park overnight into today, they were warned they could be breaking the law by doing so under Royal Parks legislation.

A spokeswoman for The Royal Parks said Extinction Rebellion had not asked for permission to begin the protest in the park and that camping is not allowed.

But police said no arrests were made overnight after earlier explaining their operational response to camping "would be dependent on what if any other issues might be ongoing at the time".

Scotland Yard said they have "appropriate policing plans" in place for the demonstrations and that officers will be used from across the force "to support the public order operation during the coming weeks".

Police advised people travelling around London in the coming days to allow extra time for their journey in the event of road closures and general disruption.