Sinn Féin has overtaken both Fianna Fáil and Fine Gael, a new opinion poll has suggested.

The Irish Times/Ipsos MRBI poll indicates that Sinn Féin support is 25%, which is an increase of four points on the last comparable poll last month.

This poll surveyed 1,200 voters last Thursday, Friday and Saturday and it has a margin of error of plus or minus 2.8%.

The number of undecided voters is estimated at 17%.

The Green Party is unchanged on 8%, while Labour drops one point to stand on 4%.

Independents and Others are down two to 20%.

A breakdown of these figures shows both the Social Democrats and Solidarity-People Before Profit are unchanged on 2%.

Independents are also unchanged on 10% and there was no change either in the Independent Alliance's vote, which is less than 1%.

Aontú is at 1% and other groups and parties are on 3%. 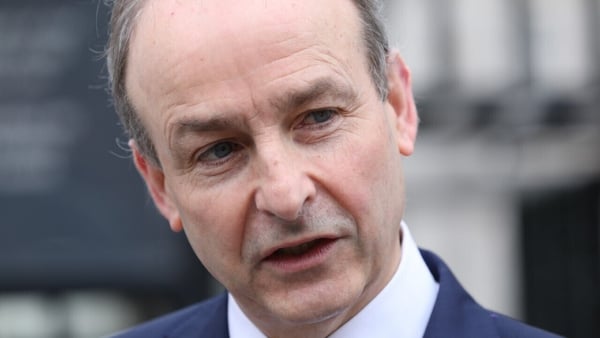