A stumbling start for Fine Gael, a sprint out of the blocks for Fianna Fáil, a push into the front row for Sinn Féin, and a copper-fastening of the Greens' and Labour's hopes for a potential kingmaker role.

Opinion polls can be accused of a lot of things, but when it comes to the first poll of the General Election 2020 campaign, boring is not one of them.

Five days into the General Election, the Sunday Times/Behaviour and Attitudes poll released at midnight last night has thrown the cat among the pigeons in the race for the Dáil.

Far from repeating the standard poll trend of the past two years - that Fine Gael and Fianna Fáil are neck and neck in the contest - the face-to-face in-home public survey of 923 people has seen Micheál Martin drive ahead of Leo Varadkar to open a 12% lead.

A sober, cautious analysis will point out the poll's 3.3% margin of error, and the pre-general election survey period of 2 to 14 January.

In addition, while no one knows the exact reasons why respondents reduced support for Fine Gael, it is important to note the 7% drop for the party occurred at the height of the Royal Irish Constabulary commemoration row.

However, while the old saying that the only poll that counts is the general election itself still holds true, the first survey of the 2020 campaign has already provided some crucial questions for all parties, with three weeks to go before the 8 February ballot. 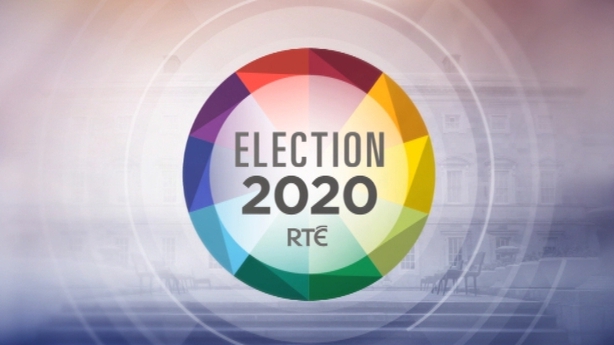 For Fine Gael, the opening general election poll will be nothing short of a wake up call, a view underlined by Leo Varadkar today when he said there "is a real risk, a real danger that we'll have a Fianna Fáil-led government after the next election".

When Leo Varadkar called the general election last Tuesday, party strategists would have hoped to frame the campaign around Brexit, stable management of the macro-economy and how it has the experience in office.

However, the opening days of the campaign have instead seen health, housing, homelessness and crime take centre stage, issues which are difficult to contend with for any party in government seeking re-election.

Similarly, while Fine Gael will have intended to manage their way to the general election being launched, the opinion poll indicates the RIC controversy has undermined that hope.

The situation has resulted in the fact that, at the start of the campaign at least, Fine Gael appears to be struggling to fully control the race and the issues it wants to push into the spotlight.

And that issue, coupled with the first poll results, means party strategists will now have a decision to make - whether to stick with the plan with the expectation the poll gap will tighten, or to switch its tactics to pull back lost ground.

Fine Gael will be clear that if a week is a long time in politics, three weeks remaining in a likely bruising for all campaign is an eternity, and that the polls now do not necessarily reflect the results on 8 February.

However, a government party starting on 20% in the first opinion poll of the campaign, after a 7% drop in support, just as its main rival is increasing by a near identical margin, means Fine Gael is beginning on the back rather than front foot - a less than ideal start to the race.

For Fianna Fáil, the message from the first opinion poll is understandably far more positive, although its insiders will be all too aware of the potential problems the Sunday Times/Behaviour and Attitudes survey could still pose.

The 32% initial poll for Fianna Fáil and its 5% rise from the last poll just before Christmas will give the party a fresh bounce in its step as its candidates knock on doors around the country.

Similarly, the 12% opinion poll lead on Fine Gael will help Fianna Fáil's attempts to say it has won the opening days of the campaign, and will assist Micheál Martin in controlling the narrative over Leo Varadkar.

The party's faithful will point to its focus on health, housing and other areas where it perceives Fine Gael to be weak as further reasons for why it has moved ahead in the first campaign poll.

However, as ever in politics, every silver lining has a cloud, and while an early poll lead is never a bad situation to be in, it is not necessarily as good as it sounds, with potential pitfalls still in place.

With Fianna Fáil gaining a 12% lead in the first poll, it is inevitable the party will now be under a far more intense spotlight to explain the exact details of its policies should it enter government.

If it drops from its current heady heights in subsequent opinion polls, the perceived narrative of the campaign may also change from Fianna Fáil moving ahead to the party's lead being cut back - an issue noted by Micheál Martin on RTÉ's This Week programme today, when he said other polls may give a different result.

And while it is still better to be seen to be ahead rather than behind, such an early opinion poll lead means Fianna Fáil is now potentially in the firing line itself, a situation it will have to be careful to manage over the coming days and weeks.

In the immediate aftermath of the Sunday Times/Behaviour and Attitudes opinion poll being released, Mary Lou McDonald's party said the findings show it is a genuine contender in the general election race.

And there is, according to the opinion poll, genuine reason for this argument.

While Sinn Féin dropped 1% in the poll, to 19%, it is within percentage striking distance of Fine Gael's 20% after Leo Varadkar's party fell by 7%.

The poll positioning is likely to result in Sinn Féin making fresh calls for more coverage in the campaign, as it believes it is a legitimate alternative to Fine Gael and Fianna Fáil.

It will also intensify talk of Sinn Féin and Fianna Fáil signing up to some form of coalition or agreement after the general election, regardless of how many times this occasionally-mooted idea is rejected.

And while it remains an outlier in possible post-election coalitions, a 19% poll rating keeps the option of a broad left alliance led by Sinn Féin at least open in theory.

However, while the poll results support the potential of these options, Sinn Féin strategists will also be aware that mid-election polls in the 2018 presidential election, last year's local elections and the 2016 general election placed the party higher than it finished.

In addition, although its 19% poll rating is just 1% less than Fine Gael, the party will be aware its poll haul continues to stick rigidly within the high teens and low twenties space of recent months, a position it will want to improve on if it wants its aspirations to turn into reality.

It may be lost among the maelstrom surrounding the Fianna Fáil-Fine Gael 12% gap and the resulting focus on Sinn Féin, but the first opinion poll of the 2020 campaign will have given some important indicators for smaller parties, too.

On paper, the Greens' one point increase to 7% in the latest poll, and Labour's two point drop to 4%, does not suggest any significant change in their standing as the numbers remain both within the margin of error and in line with consistent polling trends in recent months.

However, it will not have been lost on Green leader Eamon Ryan and Labour leader Brendan Howlin that their combined - and, crucially, consistent - 11% poll rating is almost identical to the 12% gap between the two biggest parties.

Fine Gael and Fianna Fáil's current reluctance to turn to Sinn Féin as part of any post-election coalition, and the retirements of two of the five Independent Alliance TDs, means the Greens and Labour are, for now, in a stronger position to make up the numbers than a first glance suggests.

The Sunday Times/Behaviour and Attitudes survey is of course just an opinion poll, the first of many in the general election campaign. Social Democrats co-leader Catherine Murphy highlighted the scepticism from some quarters towards polls on RTÉ's This Week programme today.

However, few politicians will be fully dismissing the first poll of the campaign either.

How the next three weeks develop will be crucial to deciding whether it will ultimately be seen as a mere footnote, or the first significant shifts in the race for the Dáil, when the dust settles on 8 February.