It hasn’t gone away you know. It’s a week since Enda Kenny drew the curtains on the 31st Dáil and Election 2016 kicked off. But the questions around Sinn Féin’s position on abolishing the Special Criminal Court continue, writes Conor McMorrow, of RTÉ’s Political Staff.

Sinn Féin’s political opponents have spotted a weakness. They’ve seized on it and they won’t let it go.

This morning Fianna Fáil justice spokesperson Niall Collins claimed: “Sinn Féin are a cult. They are not a political party. They are bereft of any credibility given their stance on the Special Criminal Court. They have zero credibility.”

He continued, “if you look what happened with Paudie McGahon, they want kangaroo courts but they don’t want the Special Criminal Court”.

Tánaiste Joan Burton also criticised Sinn Féin’s proposal to end the non-jury court at the Labour Party election HQ, and asked: “What ordinary person is going to give evidence in courts, what jury is going to feel safe?”

But Sinn Féin leader Gerry Adams held his line in the face of criticism. He said he recognised the issues around the party stance on the Special Criminal Court won’t go away. But he is not rowing back.

He says it’s not a red line issue for a Sinn Féin programme for government.

Mr Adams say it's ironic that Sinn Féin are being accused of being populist when other parties are seizing on the shooting of two people.

He said he has been shot, had his house bombed and stood against crime and that he won't be lectured from people who closed Templemore, cut garda numbers and closed garda stations

Responding to Mr Collins’ comments he said that such offensive insults “don’t dignify a response.”

It seems like a political own-goal for Sinn Féin to be pursuing this position on the Special Criminal Court, during an election campaign in a week when two people have been shot dead in Dublin.

But Sinn Féin is standing by its defence that everyone is entitled to be tried in a court by a jury of their peers.

Sinn Féin has also argued that it has Amnesty International on it side.

In a statement released to RTÉ this afternoon, Amnesty said: “Amnesty International has had long-standing concerns that the Irish government's stated need for the Special Criminal Court's continuing existence has not been substantiated.

“We believe that the continuing use of this special court has normalised what is intended under Ireland's domestic law to be an exceptional and temporary measure. This is contrary to the spirit of international law.

“In expanding the court's remit to include organised crime, the government has not demonstrated that the ordinary courts are, to cite the Constitution and legislation, ‘inadequate to secure the effective administration of justice and the preservation of public peace and order’ in this regard.

“The UN Human Rights Committee has consistently expressed concern at the continuing existence of this special court, and called on Ireland to consider its disestablishment.”

The debate on the size of the fiscal space dominated the first few days of the campaign.

Since then crime has taken centre stage. As we embark on the second week of the campaign it is not quite clear what will take its place. 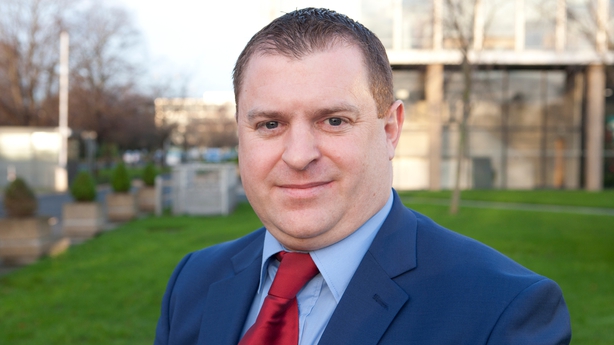