The 17-year-old picked up the top award for his project "Optimizing The Simulation Of General Quantum Circuits".

He will now represent Ireland at European Young Scientist competition in Bulgaria in September. 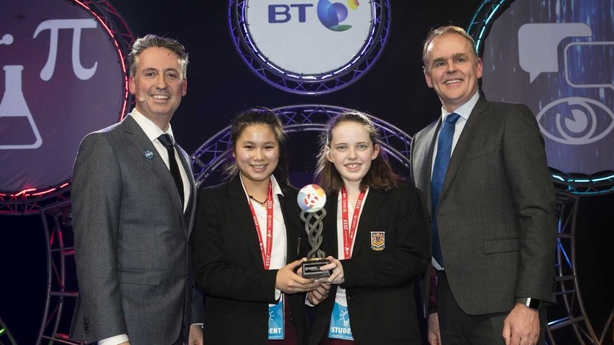 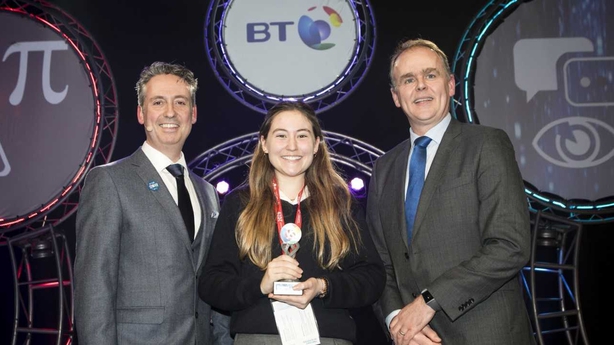 The individual runner-up award went to Yasmin Ryan, 16, a fifth year student at St Andrew's College, Dublin, for her project entitled "Discovery of the Ideal Micro-environment for the Differentiation of hiPSCs into Islets of Langerhans".

The group runners-up award went to Danila Fedotov and Filip Caric, aged 17 and 18.

The sixth year students at North Monastery Secondary School in Cork were rewarded for their project entitled "A Wearable Device Which Assists Caretakers by Providing them with the Information on the Well-Being of Their Patients". 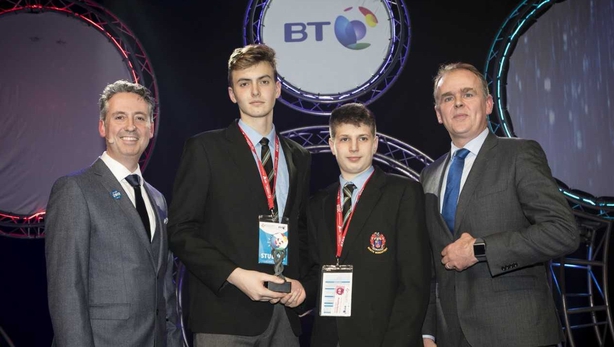 "Adam developed a tool to select the optimum algorithm for the simulation of particular quantum circuits, which may inform the development of a practical quantum computer, which is still at an early stage. This has implications across many areas, including cyber security.

"In addition, he used Open Source code to parallelise quantum simulation on graphical processing units that is significantly quicker than other available simulators and this work has already come to the attention of key industry leaders.

"Adam’s contributions are underpinned by a fluency in what is a highly technical and complex field which hugely impressed the judges."

Thousands of people have visited the exhibition at the RDS in Dublin since it began earlier this week.

More than 550 projects from schools, both in the Republic of Ireland and Northern Ireland, are on display at the event.

Projects centering on climate change and pollution have featured strongly.

In this, the 55th year of the competition, 55% of the projects have been completed by girls.

Organisers say there has been a particularly strong increase in the number of girls qualifying to participate in the Chemistry, Physics and Mathematics category. 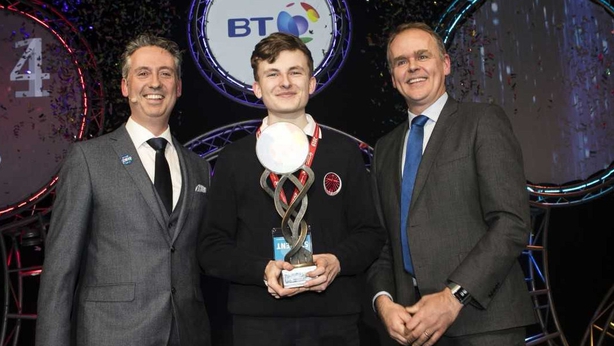 Minister for Education and Skills Joe McHugh said: "I am particularly pleased to see so many young people tackling some of the most important issues facing us, from climate change to health, to technology, ethics and societal change.

"The students are a credit to their families, schools and teachers and they should rightly be proud of being here. They are a huge inspiration."

Shay Walsh, Managing Director, BT Ireland said: "The students at BTYSTE have sought creative and innovative solutions to some of the world’s most pressing issues, and that spirit and drive is to be commended.

"I want to congratulate every student that entered, and Adam, our overall winner. His work shows terrific initiative, dedication and brilliance in tackling an immensely complex area of modern computing."