A May Day march and rally has taken place in Dublin today.

The event was organised by the Dublin Council of Trade Unions on International Workers' Day.

The group gathered at the Garden of Remembrance and marched to Liberty Hall this afternoon.

Representatives from trade unions including SIPTU, Fórsa, Unite and Mandate were in attendance, along with political parties and other interest groups. 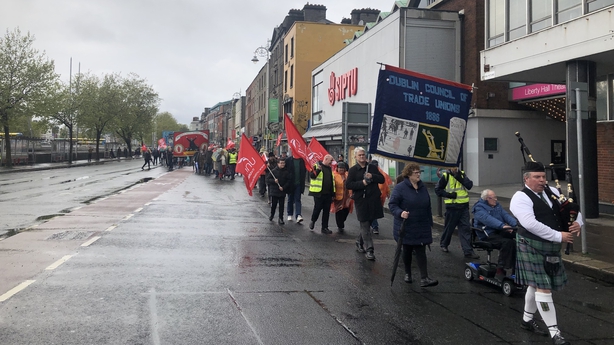 The theme of the rally was "Peace! No to war!"

Other issues - including the cost of living and ownership of the new national maternity hospital - were also highlighted by speakers.

In pictures: Workers in May Day rallies