The annual Liffey Swim took place in Dublin today and for the first time in its 102-year history, the course was upriver instead of down.

It was also held in autumn rather than summer for the first time. The water was colder, but somewhat cleaner apart from the floating branches and autumn leaves.

The swimmers could also wear wetsuits and unlike other years they did not have to complete six qualifying swims.

The event was therefore open to all and this afternoon 500 men and women took part in the 101st Jones Engineering Dublin City Liffey Swim. 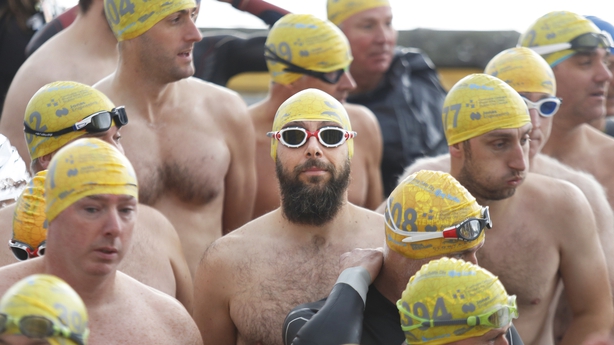 It is a handicapped race with the slowest going first, followed progressively by the faster swimmers, some of whom started almost 15 minutes later.

The aim is for as many competitors as possible to arrive near the finish line at the same time and battle it out to see who can cross it first.

For the first time, there were winners declared in both the skins (togs) and wetsuit categories. Aidan Fennin from St Fiachs and Bettina Korn from Eastern Bay won the men's and women's races in wetsuits, but the overall Liffey Swim winners were those who swam the course in togs, David Wheelahan from Sandycove and Tara Slevin from Glenalbyn Masters.

The times for the swimmers in togs were faster than those in wetsuits, but not by much. Mr Fennin swam the course in 25:48, while Ms Korn did it in 27:51.

The tide turned just before 2pm this afternoon and the organisers said the ladies, whose race was held before the men's this year, got more benefit from the incoming tide, which was on the turn when some men were in the water an hour later. 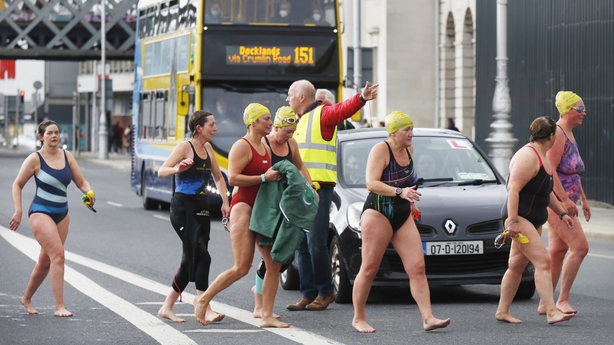 Rather than views from the water of the Four Courts, Dublin City Council's offices and O'Connell Bridge, where many a slower swimmer has been ploughed over by the stronger, faster swimmers coming behind them, this year the competitors started at the 3 Arena and finished at The Custom House, passing the Central Bank, the Jeanie Johnston Famine Ship and the Dublin Convention Centre en route.

Weil's disease, hepatitis, hypothermia and gastroenteritis were just some of the potential hazards facing the swimmers, not to mention the dirt and detritus found in any river running through the centre of a capital city. But such ailments and obstacles did not deter the swimmers today.

Dublin Fire Brigade’s decontamination unit was on hand and swimmers were cleaned down as they left the water. 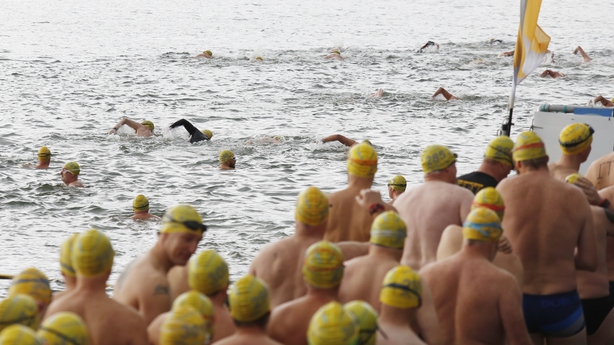 The Liffey Swim has been a major cultural and sporting event in Dublin for more than a century and has been commemorated in the famous Jack B Yeats painting.

It was cancelled last year because of Covid but this afternoon Leinster Open Sea succeeded in running the 101st swim with only a few weeks' notice, with no road closures and considerable help from Dublin City Council, the Office of Public Works, Dublin Fire Brigade, An Garda Síochána, Dublin Port and the Civil Defence.

The annual Liffey Swim took place in Dublin today and for the first time in its 102-year history, the course was upriver instead of down. | Read more: https://t.co/SRsv4e8RZ0 pic.twitter.com/6dlbVL3ITR 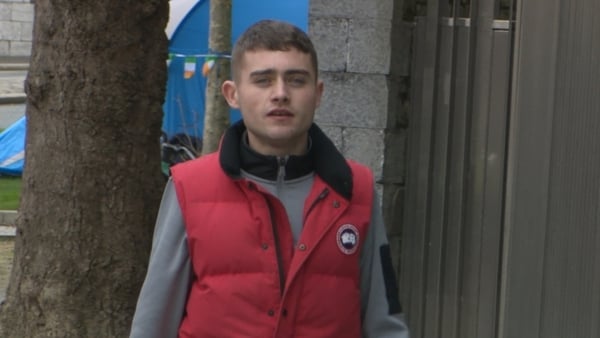 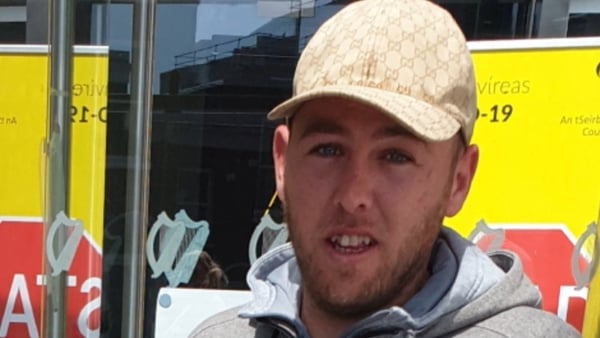 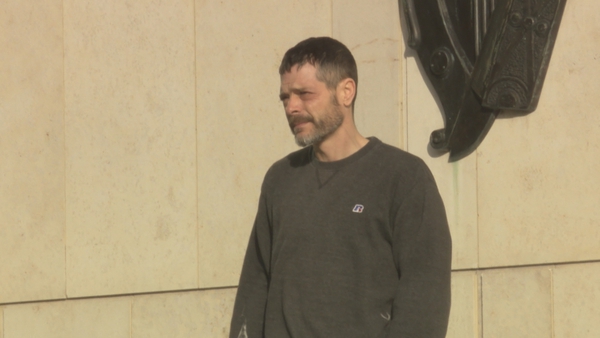