At least eight people have been taken to hospital following a collision between a Luas tram and a bus in Dublin.

The incident happened at Queen Street in Smithfield, and the road is closed while emergency services attend the scene. 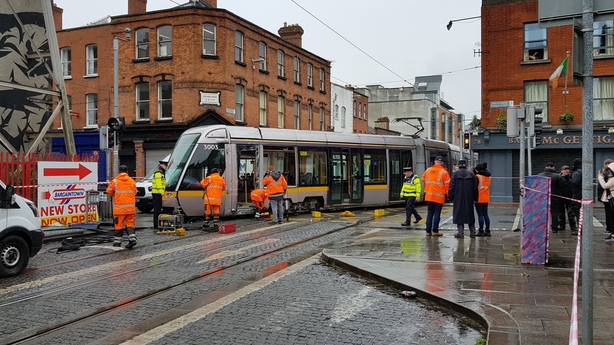 The tram was derailed in the crash.

The incident happened at around 7am.

A number of those involved were taken to hospital as a precaution. The injured people include the driver of the tram and four ticket inspectors.

Firefighters/Paramedics from Phibsborough and HQ responded to collision between a LUAS tram and a bus this morning on Queen Street. 9 people treated and transported to hospital by DFB and NAS ambulances. No life-threatening injuries. Expect delays in the area. pic.twitter.com/ISJLxFlSxp

As a result of the incident, the Luas Red Line is disrupted.

Services are now running from Tallaght/Saggart to Heuston, but there is no service between Museum and Connolly/The Point.

Those who has bought Luas tickets will be able to use them on Dublin Bus. 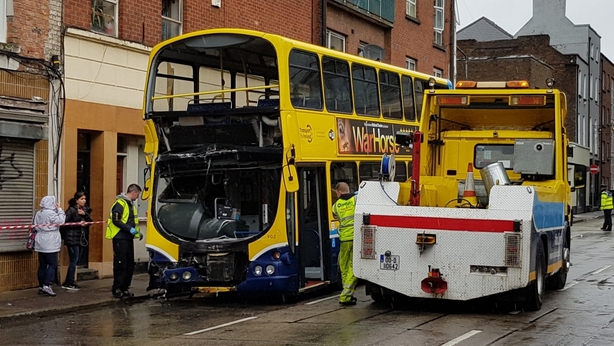 Updates are available on the Luas website and social media channels.