A garda on checkpoint duty in Dublin has been injured after being struck by a vehicle.

The incident happened around the Macken Street, Grand Canal area at around 10.40am when a silver 04 KE registered Volvo XC90, which was missing its rear licence plate, hit the garda and dragged him on the ground.

Gardaí say the car was driven away from Macken Street, travelled onto Grand Canal Street and along the Grand Canal and then left over Baggot Street Bridge before turning onto Waterloo Road.

Two people fled the scene after the car crashed into a wall on Waterloo Road.

It is understood the garda was taken to hospital with knee and elbow injuries.

A man and a woman were later arrested and are being held at Irishtown Garda Station.

Gardaí have appealed for anyone who may have phone, dashcam, or CCTV footage of the incident to contact them.

They said a number of witnesses have already come forward, but they would like to speak to anyone who was on Macken Street and may have witnessed the incident or who may have helped the injured garda to contact Pearse Street Garda Station on 01-6669000, the Garda Confidential Line on 1800 666 111 or any garda station. 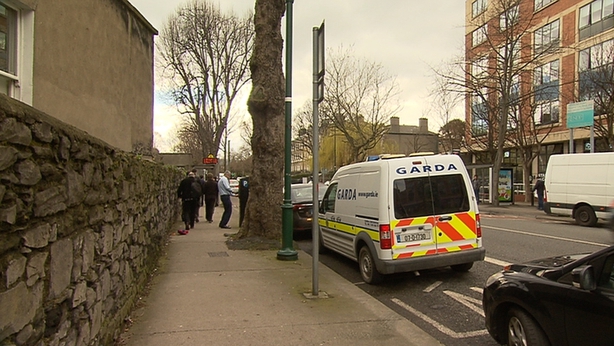