The Government has announced a further €3.5m in funding for regeneration in Dublin's north inner city.

The Dublin North East Inner City project was started following the outbreak of gang violence in the area.

Taoiseach Leo Varadkar said today that the city council is also continuing its programme of social housing provision for the area, including major projects under way at Mary's Mansions, Croke Villas and Poplar Row.

Speaking at the launch of the progress report Mr Varadkar acknowledged that , like many parts of the country, north east inner city Dublin has "some deep problems ... particularly linked to organised crime".

He said that it is vitally important to take on and tackle the root causes of crime, which are very often related to disadvantage.

"While the community has faced serious challenges in recent years, there is a real determination to move forward. The Government is determined to back this through targeted investment and expertise."

Since 2016, €7.5m has been invested in the area, improving and providing new sprout and community facilities as week as enhanced security measures.

Among the new projects highlighted today were: 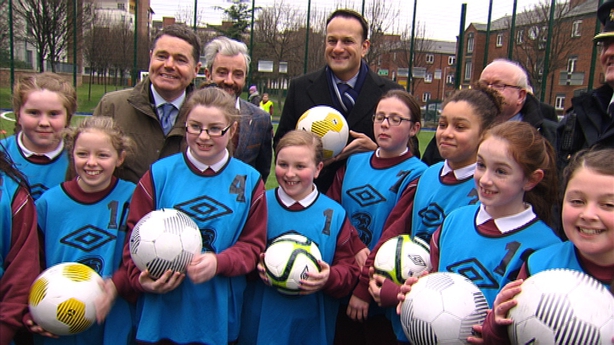 North East Inner City Programme Implementation Board Chairperson has said that a number of initiatives have got underway over the last year, saying progress is being made.

Speaking on RTÉ's News At One, Michael Stone said the board will focus on education and training over the next 12 months.

He said that policing in the North Inner City has become more visible, saying a strong garda presence is needed to reassure residents they are safe, adding that the gardaí have done a great job.

Queuing guidelines for streets of Dublin

2019 saw more Dubliners commuting by bike and on foot

Bank holiday drivers urged to be mindful of pedestrians