The Minister for Justice has said the introduction of legislation to enable gardaí to use facial recognition technology (FRT) in criminal investigations "is not about mass surveillance".

Helen McEntee said that there will be safeguards and codes of practice in place to comply with GDPR and protect people's individual privacy.

However, the minister told rank and file gardaí at their annual conference in Westport this morning, that technology is involved in "a huge amount of criminal activity" and gardaí need to have the resources to deal with this effectively.

She said gardaí spend "thousands of hours trawling through CCTV footage" and in the investigation of certain crimes, such as child abduction, child sexual abuse and murder investigations, "time is of the essence."

Minister McEntee also said that FRT can protect the innocent and there have been cases where people have been mistakenly identified and but technology has enabled investigators to rule them out.

The Irish Council for Civil Liberties said it strongly opposes the use of FRT in law enforcement or in public spaces because of what it says is "the extreme risk" it poses to people's rights.

It said there have been particular problems with the technology, particularly in relation to the identification of people who are "minorities and not white" and that in the US there is a history of cases of wrongful arrest. 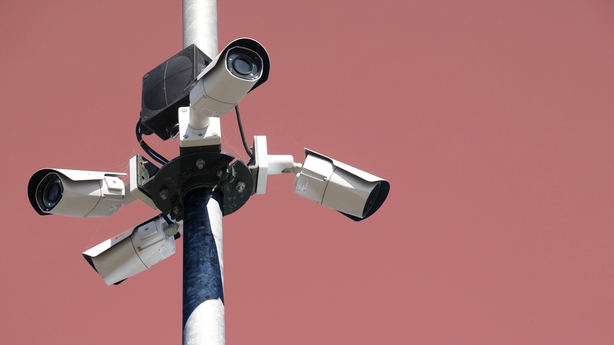 The ICCL said it strongly opposes the use of facial recognition technology in law enforcement or public spaces because of what it said was "the extreme risk" it poses to people's rights.

It said there have been problems with the technology particularly in relation to the identification of people who are "minorities and not white" and that in the USA, there is a history of cases of wrongful arrest.

The ICCL also said it would be particularly concerned about the move to authorise FRT for An Garda Síochána "given their poor record on data protection" .

The minister intends to seek Cabinet approval to include the proposed measures around facial recognition as committee stage amendments to the forthcoming Garda Síochána (Recording Devices) Bill.

The proposed legislation will also allow for the introduction of body worn cameras for gardaí, as well as strengthening provisions around CCTV and Automatic Number Plate Recognition.

It is expected to be enacted by the end of the year.

Minister McEntee also told the conference that a three year backlog of digital devices waiting to be examined in child abuse and other serious cases was "not acceptable".

She said five additional gardaí had been appointed to the National Cyber Crime Bureau and it was hoped to appoint 20 more in the future.

She acknowledged that Garda number were not where they should be and while some gardaí were resigning and leaving for better paid jobs in the private sector, the numbers had increased by over 21% in the last seven years and this year over 11,000 people had applied to join An Garda Síochána.

Meanwhile, the chair of the Oireachtas Committee on Justice said there should be a public consultation and a pilot exercise before the use of body cameras or facial recognition technology is rolled out.

Speaking on RTÉ's Today with Claire Byrne, James Lawless said there is a role for these technologies but said he is concerned about the use of artificial intelligence.

He cited a report produced in 2019 by Britain's Metropolitan Police which found 80% of people were incorrectly identified by using this method, adding that there must be human intervention if facial recognition is used.