Two men have appeared in court charged in connection with the seizure of cocaine worth €8.4 million which was flown into Co Longford on a private plane earlier this week.

The court heard the men were arrested on Thursday evening.

Mr Luczak was arrested at Abbeyshrule Aerodrome in Co Longford during a planned intelligence-led operation. 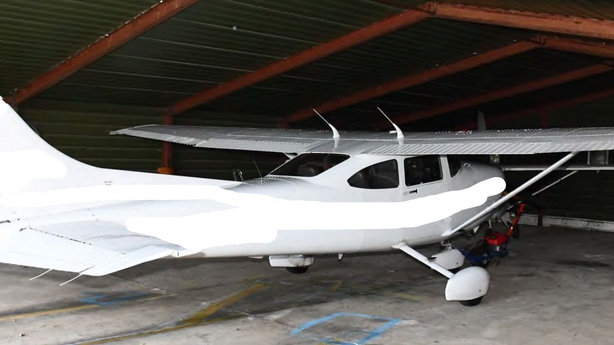 The court heard Mr Gilchrist was arrested at Lough Owel, Irishtown, Mullingar, Co Westmeath as part of the same operation.

He told the court that when he charged the 54-year-old at Ashbourne Garda Station yesterday evening he made no reply.

There was no application for bail and the accused was remanded in custody to appear back before the District Court in Mullingar video link on 11 August.

Given the seriousness and the nature of the charges the court heard, Mr Gilchrist was granted legal aid.

Detective Garda Scully told the court the accused made no reply when he was charged at Ashbourne Garda Station yesterday evening.

An application for bail was made, which gardaí objected to on a number of grounds, including the seriousness of the charges and their belief that the accused was a flight risk.

Judge Patricia Cronin rejected the bail application and remanded the accused in custody.

He will also appear back before Mullingar District Court on 11 August.