Two of the bankers denied allegations by Mr Lynn that they had received payments or benefits from him in connection with approving loans.

The bankers were giving rebuttal evidence on behalf of the prosecution, in response to evidence given by Mr Lynn.

Mr Lynn has pleaded not guilty to 21 charges of theft totalling almost €30 million from seven financial institutions, by applying for multiple mortgages on the same properties without their knowledge.

The first witness, Stephen McCarthy, who worked for Ulster Bank's business centre, made a statement to gardaí in March 2016 and another one earlier this month, following Mr Lynn’s evidence.

He said the loan given by Ulster Bank for €3.6 million in September 2006 was to part fund 11 residential investment properties.

Mr McCarthy said he met Mr Lynn just once, which was at his office in Dublin.

An offer letter was issued, clearly outlining the purpose of the loan.

Prosecuting counsel Patrick McGrath said it was being suggested by Mr Lynn in his evidence that the loan documents were a "charade" and that he had been given permission to use the money as he wished for property development abroad.

Mr McCarthy said this was totally inaccurate and that using the funds for anything other than the 11 investment properties was never discussed.

He first became aware of this claim when Mr Lynn said it in court. In his statement, Mr McCarthy said it was ludicrous and could not make sense from a lending perspective.

He said when he first heard the allegations against Mr Lynn, he nearly fell off his seat in shock. He never received any cash or any benefits from Mr Lynn of any description.

Mr McCarthy said if it was being suggested that he had received a benefit in kind by Mr Lynn for the purpose of the loan, he had received nothing. He said he had never travelled to Portugal.

Mr McCarthy also said a meeting described by Mr Lynn after the Law Society began investigating him did not happen.

Mr Lynn told the court he met Mr McCarthy after October 2007, and it became clear to him he was going to "wriggle" and that Ulster Bank was not going to accept that they had been involved in this "flexible" lending.

He said that he had spoken to Mr Lynn on the phone at this stage after trying to reach him a number of times to tell him the bank was calling in its loan.

Under cross examination from Mr Lynn’s defence counsel, Paul Comiskey O’Keeffe, Mr McCarthy denied that the loan was considered a bridging loan. He said there was an internal investigation into the loan after it became clear there were multiple undertakings on the same properties. He said he had not seen the results of that investigation.

Asked why bank documents supporting Mr Lynn’s loan application included details of his overseas property dealings, Mr McCarthy said it would be normal to look at all a borrower’s activities. The documents did not show any record of any foreign bank lending in relation to the overseas developments.

Mr McCarthy said he did not recall whether or not anyone had asked where Mr Lynn was getting the money to buy these properties abroad.

He said he was not aware of what actions had been taken by the bank to perfect their security over the properties before the issue of the multiple undertakings came to light.

Ciaran Farrell of Permanent TSB made a statement to gardaí last week. He said that he had first met Mr Lynn in the late 1990s and dealt with him regularly when he was a branch manager in Blanchardstown in Dublin.

He said any allegation that he had got money from Mr Lynn or anyone acting on his behalf was "categorically false" and he denied it.

He said he had never received any money whatsoever from Mr Lynn in relation to his dealings with the bank.

He said Mr Lynn gave him tickets for a Dublin match twice and had invited him and his wife to a concert. He said he had once got Mr Lynn a ticket for a Mayo match.

He said it was totally untrue that Mr Lynn had discussed selling him an apartment in Portugal at a 30% discount so that he could sell it and make a profit.

Mr Farrell said he had no interest in buying property, as he liked having cash in the bank. He said he was annoyed over the comment and he would not be interested in that sort of thing.

Mr Farrell told the court he had absolutely no idea what a "special deal" was. He said he totally refuted any inference that money was lent for any other reason other than what was outlined in letters of agreement and that the first he had heard of any "special deal" was when it was mentioned to him by a detective last week.

He said there was never any discussion with Mr Lynn about money being used for any other purpose other than in the loan documentation.

He said he believed all loan applications were processed in accordance with the bank’s procedures. If there were multiple mortgages in relation to a property, he would not have entertained any application for a loan.

Mr Farrell was asked about a statement of affairs prepared in relation to Mr Lynn’s business.

Mr Farrell said he did not accept that he had been told by Mr Lynn that borrowings in 2004 and 2005 were on an undertaking only basis and that no one had ever requested him to register the mortgages or perfect the security.

Sean Dooley who worked for Bank of Ireland until October 2005 said he was not involved in arranging bank facilities for Mr Lynn or anyone else other than what was set out in the loan applications.

He said under no circumstance would a bank lend for one purpose knowing the money was to be used for another. He agreed that he had retired from Bank of Ireland almost a year before the loans at the centre of this case were applied for or drawn down and he said he had no knowledge of them.

Under cross examination, he said he had no recollection of speaking to Mr Lynn in December 2006 as a long-standing contact.

Nicholas Robert Hamilton, who formerly worked in National Irish Bank, said he had never met or talked to Michael Lynn in any capacity during his time at NIB and was not on the credit committee of the bank.

Mr Lynn had given evidence that he had dealt with a "Nicholas Patrick Hamilton" at NIB and that Mr Hamilton was aware of the secret deals allowing him to use loans from the bank to fund his property empire abroad.

Mr Hamilton said the first time he ever heard of any of this was when it was brought to his attention by gardaí.

He said he thought Mr Lynn was mistaken when he said he had met with him. 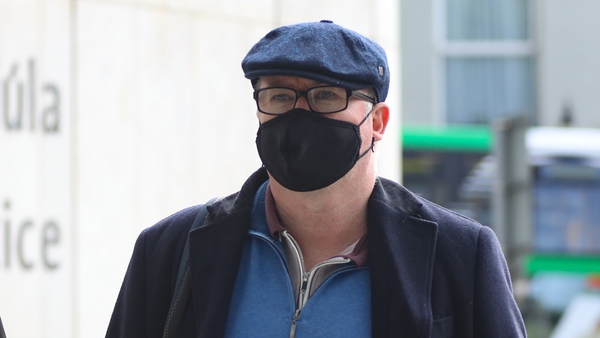 Jury in Michael Lynn trial fails to reach a verdict 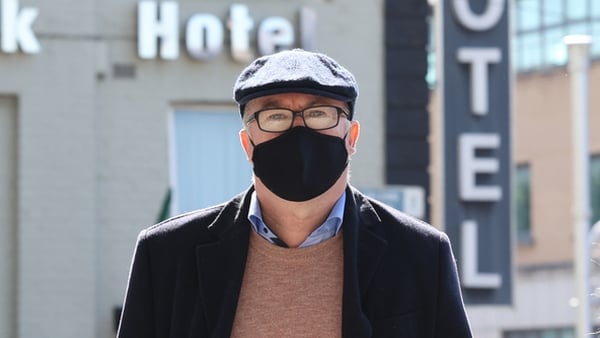