A €140m cheese factory proposed for Co Kilkenny can go ahead following a Supreme Court decision this morning.

The court dismissed an appeal against the development by An Taisce, the National Trust for Ireland and upheld the High Court's decision in favour of An Bord Pleanála’s granting of permission for the factory at Belview.

Planning for the factory was first sought by Glanbia and Dutch company Royal A-ware in 2019.

It was granted by Kilkenny County Council, but appealed by An Taisce to An Bord Pleanála and then to the High Court where the decision to grant permission was upheld.

The appeal to the Supreme Court centred on whether the factory would lead to increased milk production in the State and thereby to increased agricultural emissions.

The board had argued that there was no requirement for it to assess the potential environmental effects of activities that were not within the scope of the development project itself.

The appeal also raised the environmental impact of the discharge of pollutants into adjoining rivers and the extent of the board's obligation to assess this under the Water Framework Directive.

In a ruling issued this morning, the five-judge Supreme Court dismissed An Taisce’s appeal on all grounds and upheld the High Court decision refusing to quash An Bord Pleanála’s permission for the development.

It held that the upstream consequences of the proposed factory in relation to the dairy farms that will supply it were not "significant indirect effects" liable to be assessed in the environmental impact assessment of the development.

He said any effect on the general milk supply in the State by reason of the establishment of the cheese factory was "entirely elusive, contingent and speculative".

He said that this was not to deny the existence of potential effects or to downplay their significance, but they were so remote from the development that they could not be the sort of "significant indirect effect"
contemplated by the Environmental Impact Assessment Directive.

Mr Justice Hogan said the proper scope of the EIA Directive should not be artificially expanded.

The court also found that An Bord Pleanála had conducted a proper screening of the proposed sites that could potentially be affected by the proposed factory, in accordance with the habitats directive.

The challenge in relation to effect of the factory on local rivers under the Water Framework Directive was also dismissed by the court.

The Supreme Court has not referred any question to the Court of Justice of the EU and no further appeal on the issue is now possible.

An Taisce said they respect the Supreme Court decision, but they have continuing concerns about the impact of the cheese plant.

Speaking to RTÉ News, Dr Elaine McGoff, Natural Environment Officer with An Taisce, said their remit is to represent the environment.

"Agriculture is critical to Ireland. We want to see it being vibrant and sustainable, but it can only achieve that if it manages the ever-growing environmental challenges," Dr McGoff said.

"We can't ignore the necessity of changing the way we do business and if we had not engaged in this challenge, we would not be having the conversation we are having now about how to do agriculture differently."

Welcoming the Supreme Court decision, Glanbia said it was pleased the project can now be brought to fruition in conjunction with partners, Royal A-ware.

"This project is in line with Government policy and is critical to our market diversification post Brexit," said Glanbia Ireland Chief Executive Jim Bergin.

"Getting the plant into production as soon as possible is now of huge importance to our 4,500 farm families supplying their milk to Glanbia Ireland every day."

He added that the delays in the project are causing very negative impacts for farm families and the team is now focused on getting the plant into production for the 2024 season.

"Glanbia as an organisation is embedded in the rural community and our ethos has always been that dialogue with stakeholders is the best approach to addressing both opportunities and challenges," said Glanbia Ireland Chairman John Murphy.

"We are fully committed to sustainability and have launched our own ambitious Living Proof sustainability strategy, including committing to the Science-Based Targets initiative (SBTi)," he said.

Speaking in Co Kilkenny today, Mr Bergin added that "this has been going on a long time, there has been a lot of worry at farm level and we’re particularly thrilled for our farm families and our young farmers because this decision today gives them a look to the future, gives them optimism and hope".

"Now we can diversify since Brexit, we can sell new types of cheese out of Ireland into international markets."

He said construction of the new plant will begin within months and up to 500 construction workers will be employed, with 100 permanent jobs when the cheese plant opens in March 2024.

"It’s a very significant project, it’s a new technology for Ireland and for Glanbia. The plant itself will process up to half a billion litres of milk and provide world class product so we can diversify internationally."

Farming organisations, who had been critical of the repeated appeals against the cheese plant by An Taisce also welcomed the news.

Tim Cullinan, president of the IFA said on each occasion the process has found in favour of developing the plant.

He called for changes to the planning system to ensure it not used by some to delay necessary developments.

ICMSA president Pat McCormack said the decision was "a welcome boost for Glanbia and the wider Irish dairy industry". 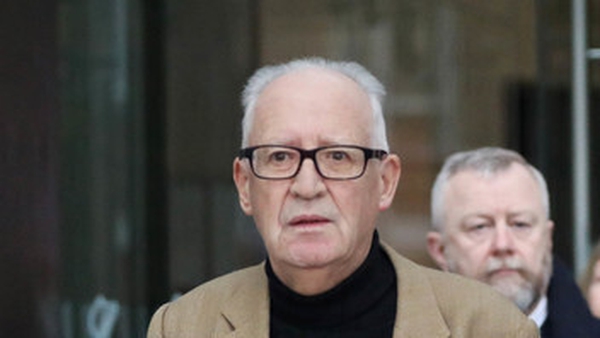