A mother has been cross-examined by the man accused of murdering her son at the Central Criminal Court this morning, where she told him she believed another man was involved in the killing.

However, Philip Finnegan's mother Angela also agreed with prosecution counsel, Brendan Grehan SC, that the person she referred to was in Portlaoise Prison at the time her son went missing.

The accused man, Stephen Penrose, has dismissed his legal team and is now representing himself in his murder trial at the Central Criminal Court.

Counsel said Mr Finnegan had "certain troubles in the past" and had taken to wearing a protective vest.

The lawyer also told the jury in his opening address that attempts had been made to cut up and burn the body of Mr Finnegan, who had been missing for almost a month and who had met a "gruesome death".

Significantly, the barrister said, the jury will hear evidence that a bloodied glove was found in the woods, which was a DNA match to the accused man Mr Penrose.

Giving evidence today, Mrs Finnegan told Mr Grehan that she lived at Mary Aikenhead House on James's Street in Dublin 8 and was the mother of six children. Philip was her second eldest child and he was the father of three very young children, she said.

She agreed that Philip had "certain problems over the years" and had made friends with Mr Penrose in August 2016.

Mrs Finnegan said she had met Mr Penrose briefly when he had previously called to her flat.

The witness said she would have been in regular phone contact with her son Philip and he was "in good form" when she last saw him at around 10.15am on 10 August. Philip told her that morning he was going out to meet Mr Penrose.

When asked by Mr Grehan what was the last thing Philip had said to her, Mrs Finnegan replied: "I'll see you later ma."

She recalled that Philip was wearing a 'Fila' top, a cream coloured stab vest, tracksuit bottoms and runners that morning.

Recalling the events of 10 August, Mrs Finnegan said she was in contact with her son that morning when he was looking for directions to Cloverhill Courthouse.

"I helped him as best I could," she added.

Mrs Finnegan said she had another phone call with Philip later that day and asked him to come home.

The witness said she tried to contact Philip again at 4.40pm but was unable to.

"I knew there was something wrong, there was no ringtone and I got the impression that the phone was off. I kept trying and trying to call him," she said. 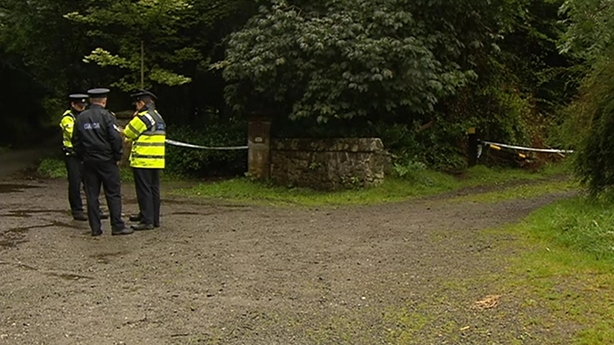 Mrs Finnegan said she was worried about her son and she never succeeded in contacting him.

When Mr Grehan asked the witness if it would be like her son not to make contact with her, she said: "God no, me and Philip are very close, he would always contact me."

She agreed with counsel that she had told the garda in Kevin Street about ringing Philip's phone at 4.40pm, not getting a reply and that she believed he had gone to meet Mr Penrose the previous morning.

In cross-examination, the accused man Mr Penrose told Mrs Finnegan that he apologised for having to question her but put it to her that she had told gardaí in her statement about a "slagging match" between a named man and her son. Mrs Finnegan told Mr Penrose that she remembered that.

Mr Penrose then read a portion of Mrs Finnegan's statement to her, which she had given to gardai: "[A named man] is a relation of someone in Portlaoise Prison who threatened him. A few months later Philip got a call from this person in Portlaoise Prison. I was standing beside Philip when he got the call. The man just said to Philip that he was going to take him off the map and have his head blown off."

Following this, Mr Penrose asked Mrs Finnegan if she now believed that [the named man's] cousin in Portlaoise Prison was involved in any way in the murder of Philip.

Mr Penrose told the judge that the "case is made up totally of this allegation".

"Yes, he was in Portlaoise Prison during the time Philip went missing," she replied.

The trial continues before Mr Justice Alexander Owens and the jury of eight men and four women. It is expected to last between five and six weeks.