The HSE and Sligo Leitrim Mental Health Service have apologised in the High Court to the family of a young man who took his own life in a mental health unit four years ago.

Karl Collins, who was 30 years old, died by suicide two days after being admitted voluntarily to St Columba's mental health unit in Farranacardy in Sligo on 3 April 2017.

The apology was read out in court as his family settled a legal action over his death for €275,000.

Mr Collins was an outdoor activity instructor, originally from Sutton in Co Dublin. He had been living in Co Leitrim before his death.

Senior Counsel Maura McNally told the High Court his mother and five siblings had been left bereft after his death and the care given to them after the suicide was "wanting".

Mr Collins went to the hospital on 1 April 2017 and requested admission due to worsening symptoms.

He had a history of depression and had previously been involuntarily admitted to a mental health facility in 2011 following a suicide attempt.

The family claimed there was a failure to attach appropriate weight to the level of agitation displayed by Mr Collins and a failure to treat it aggressively with medication.

They also claimed there was a failure to have adequate regard to his symptoms, including his statement about suicidal intent and an admission that he had taken an overdose of sleeping tablets on the day of his death.

The family also claimed there was a failure to consider that he had a severe depressive illness and he was instead diagnosed with mixed anxiety and depression.

They also claimed there was a failure to request Mr Collins to remain on the ward for observation and safety.

In the apology, Sligo Leitrim Mental Health Service and the HSE said they wanted to convey their profound regret at the circumstances of his untimely and tragic death while he was an inpatient at St Columba's.

They acknowledged that the experience for his family, especially his mother, Irene Collins, his four sisters and his brother, was "devastating" and had a profound and lasting effect on them.

They said they were also sorry they had not accompanied Mr Collins or his family members to the emergency department of Sligo University Hospital. 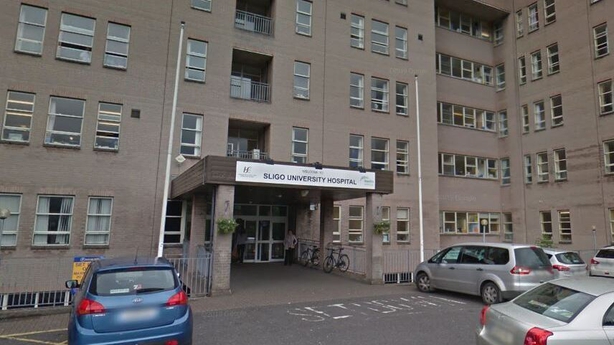 They said they wished to assure the family that the service had made great efforts to ensure recommendations identified by the investigation into the death were implemented.

St Columba’s Hospital has since closed and the inpatient service has moved to a new admission unit in Sligo University Hospital.

The letter of apology concluded that the staff of the Mental Health Service were deeply saddened and shocked by Mr Collins’ death and offered again their heartfelt condolences on the family’s loss.

Mr Justice Paul Coffey extended his deepest sympathy to the family on what he called a "profoundly sad and tragic case".