A 43-year-old Dublin man has pleaded guilty to helping a criminal organisation involved in an attempt to murder another man as part of the ongoing Hutch-Kinahan feud.

Michael Burns of no fixed abode admitted he knew of the attempt and participated in activities designed to facilitate the murder of Patrick Hutch two years ago.

He was one of six men before the Special Criminal Court this morning in connection with the murder conspiracy.

When the charge that he participated in activities to facilitate the commission of the crime by a criminal organisation between 1 February and 10 March 2018 was put to him this morning, he replied "guilty".

The criminal organisation was named for the first time in court this morning as the Kinahan Organised Crime Group.

Burns was remanded in custody for sentencing next month.

The court also heard that a 31-year-old Dublin man who admitted helping the organised crime group try to kill Patrick Hutch pulled out three days before the attempted murder.

Mark Capper, from Cappagh Green in Finglas, admitted he knew of the attempt and participated in activities designed to facilitate the murder of Patrick Hutch two years ago. 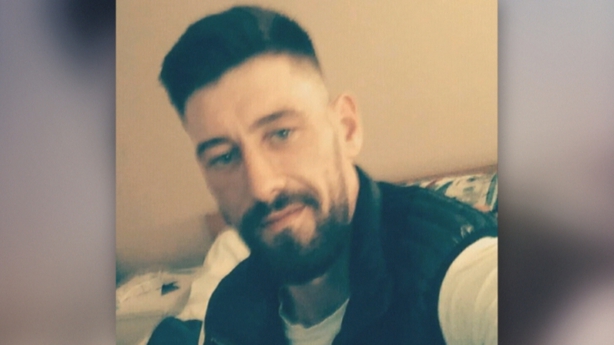 The court was told Capper was hired by the Kinahan organised crime group.

A senior officer in the drugs and organised crime bureau also outlined the Kinahan crime group's cell structure and its involvement in drugs and firearms offences.

He said it has a hierarchical structure under which sub-cells operate to benefit and enhance its capabilities.

The sub-cells, he said, are assigned activities from the higher level and do not necessarily know what other sub-cells are doing.

The cell assigned to murder Patrick Hutch involved up to ten people, the detective told the court, and the plan involved three central elements.

One to set up a "staging post" at Belmont apartments which was midway between two locations associated with the target Patrick Hutch.

Second was a "ruse" to commit criminal damage to lure Mr Hutch to the murder scene, a "looker" would give the "hit team" the signal when he was on his way.

The third was the getaway location as Stoney Road where the gunmen would go through a pedestrian tunnel and a car would be waiting on the other side to take them away.

Capper admitted today that he knew about the attempt to murder Patrick Hutch and that he participated in activities to facilitate the commission of the crime by a criminal organisation between 1 February and 10 March 2018.

He was one of a number of cell operatives put under surveillance by the Garda's Drugs and Organised Crime Bureau.

He was recorded suggesting that the motorbike used in the "hit" could be driven into the back of a van after the murder.

He also expressed reservations about the plan and was particularly concerned about the garda protection post that was at Champions Avenue in Dublin near Patrick Hutch's home.

He was also worried about the motorbike cutting out and waiting in a van for a call to carry out the shooting and that he could not see if there was anyone around before he was to get out.

The 31-year-old was also recorded by gardaí asking one of the directors of the operation for €50 and complaining after this was refused that he would not be involved if he was not short of money.

The original plan had been to shoot Mr Hutch on 28 February 2018, but Capper expressed concern because of Storm Emma. When the storm arrived the next day, the attempted murder was postponed until 10 March.

Three days before, Capper pulled out.

The plot was foiled when gardaí intervened on that day, seized guns, ammunition, cars and vans and arrested the "hit team".

The court was told that the 31-year-old has 65 previous convictions and drugs and addiction problems.

Mr Justice Tony Hunt said the court will sentence him next month.

Judith Gillespie will remain a member of Policing Authority