A 49-year-old Dublin man will be sentenced next month after he was convicted of manslaughter.

Jonathan Dargan punched a 56-year-old man who tried to intervene as he argued with his girlfriend.

Patrick Mullally had been out celebrating his retirement with family and friends when a cyclist told him he had seen a man acting aggressively towards a woman on Harold's Cross Road in Dublin on 6 March 2016.

He and a friend went to intervene and he was punched by Dargan before falling to the ground and hitting his head.

A post mortem examination showed his jaw and face had been broken in three places and this could have been caused by a single punch. He died the following day.

A witness told the trial that minutes earlier he had seen Dargan acting aggressively towards the woman who he had "pinned up" against railings.

Shaun O'Donoghue said he asked what was going on and Dargan told him to mind his own business and threatened to stamp on his head if he did not go away.

Mr O'Donoghue cycled on up the road where he met Mr Mullally and others coming out of a pub and told them what he had seen.

Mr Mullally and a friend walked down towards the couple. Mr O'Donoghue said he saw Dargan begin to throw "fairly powerful" punches while shouting "bang, bang".

He saw Mr Mullally fall backwards and was present when the ambulance came.

Shane Cunningham, who was with Mr Mullally, said they had approached Dargan to do the honourable thing and leave his girlfriend alone. 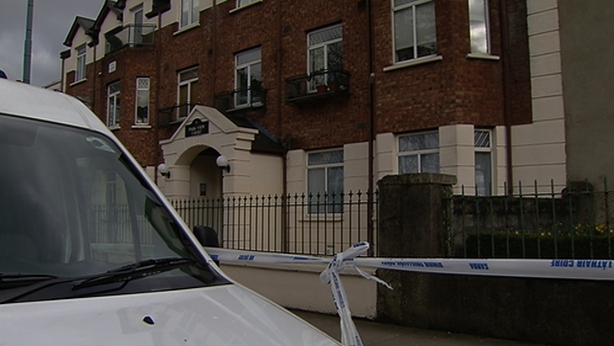 Dargan, a martial arts instructor, had denied manslaughter. He claimed he had acted in self defence as he believed he was about to be attacked by three men.

He said he was having a drunken fight with his girlfriend and was trying to persuade her to get back into his car.

The defendant, who has worked as a doorman at Lillie's Bordello nightclub, admitted "lashing out" with a punch but claimed that he was surrounded by the men and felt in fear.

His lawyers argued that he was acting in self defence and that his actions were a proportionate response to the threat he perceived.

The jury was told he was genuinely remorseful when interviewed by gardaí.

The jury of five women and seven men took a little over four hours to return a unanimous guilty verdict on the manslaughter charge. After deliberating for another hour the jury returned a majority verdict on the charge of assaulting Shane Cunningham.

Eleven jurors agreed on this verdict, with one dissenting. The charge of assaulting Ms Mullally was withdrawn from the jury by Judge Pauline Codd.

Judge Codd thanked jurors and set a date for sentence of 27 January next. She directed a victim impact report and a Probation Service report.

She expressed her sympathy to the Mullally family before remanding Dargan on continuing bail.

In closing arguments, prosecuting counsel Fiona Murphy told the jury that to argue self defence a person must use a reasonable amount of force to protect himself in circumstances where he believes himself to be threatened.

She said it is not believable that Dargan could have perceived a threat. She said CCTV footage does not show the men surrounding him and that only two men had approached him at the time the deceased was knocked down.

"We know he was drunk, he was angry. He was looking to lash out," she said.

She told the jurors they must next consider if it was a reasonable response to the circumstances he found himself in to break someone's jaw in two places.

Defence counsel Vincent Heneghan had told the jurors that, after his arrest, Dargan gave gardaí a truthful account of what happened. He admitted "lashing out" with a punch but said that he felt threatened by the men.

Dargan told gardaí: "I saw three guys coming towards me, I felt like this guy is going to kick the shit out of me."

Counsel told jurors they must consider if Dargan had a genuine belief he was under threat.

"He didn't know how drunk these people were. He didn't know what was coming to him. Was his belief a genuine belief?" Mr Heneghan said.

Jury in abuse trial urged to leave emotions aside