A Dublin man who was found guilty of participating in the murder of Gary Hutch in Spain in 2015 has been sentenced to 22 years in prison.

On 15 June a jury in Malaga in southern Spain found James Quinn acted as a "necessary participant" in Gary Hutch's murder on the Costa del Sol on 24 September 2015.

He was also found guilty of possession of illegal weapons. 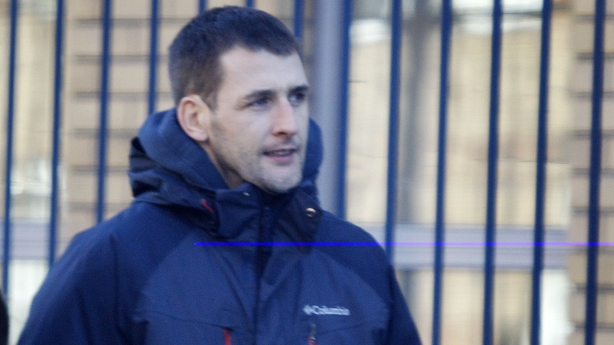 The murder provoked a series of killings between the Hutch and Kinahan gangs.

James Quinn, 35, was warned last Friday after he was convicted by a jury of murdering Hutch that he faced a prison sentence of 28 years - 25 for the murder and three for a gun crime.

But a Spanish judge today handed him a sentence totalling six years less than the punishment that state prosecutors demanded.

Prosecutor Jose Barba had accused Quinn at the start of his trial of being the gunman who shot Hutch in the head after chasing him round the gated estate where he lived in Miraflores near the Costa del Sol resort of Fuengirola.

But he later gave the jury the option of convicting him of murder over the 24 September 2015 killing as only the getaway driver and lookout.

Jurors took that option - ruling Quinn was guilty because he had been a "necessary participant".

Judge Ernesto Carlos Manzano said Quinn had a clean record in Spain and was not the shooter, but described the murder as "execrable" and said Quinn and the unidentified gunman deserved "deep social reprobation".

He said of the gun conviction, which related to a weapon found in a bedside table during a search of Quinn's home and not the two guns recovered from the getaway BMW used by Hutch's killers: "It is appropriate to impose the minimum two years under Spanish law for the crime.

"That is because of the guilty man's personal circumstances which are that he had got a clean criminal record in Spain, and because the jury in this case has limited the weapons crime exclusively to the gun found in his home with the series number erased."

The judge also ordered Quinn to pay the court costs and €90,000 compensation to Mr Hutch's relatives.

He said the amount of prison remand time the Irishman served before his conviction - nearly two years since his arrest - should be taken into account in determining how long he spends in prison.

Meanwhile, Assistant Garda Commissioner John O'Driscoll has said that An Garda Síochána will have a more a enhanced presence in Spain in the coming months to focus on the Kinahan-Hutch Feud.

Speaking on RTÉ's Six One News, Mr O'Driscoll said there have been discussions with people in Spain over the past few days.

"I'll submitting a proposal to the Commissioner which he will be considering in the coming days and we will have a more enhanced presence in Spain in the coming months," he said.