The husband of Natalia Karaczyn, whose body was discovered in Sligo on Tuesday, has been charged with her murder.

Sgt Duffy told the court that he arrested Mr Karaczyn shortly before 7pm yesterday and at 7:43pm he charged him.

Mr Karaczyn made no reply to the charge that he murdered Natalia Karaczyn at Crozon Park in Sligo on Sunday 29 April.

Barrister Keith O'Grady, representing Mr Karaczyn, asked Sgt Duffy to confirm that the accused had first been arrested on Sunday night, he was not interviewed then but was interviewed by gardaí on Monday and through the night, and was released without charge on Tuesday morning.

Within three hours, Mr O'Grady said Mr Karaczyn returned voluntarily to make matters known to gardaí and after that the body was found and he co-operated with the gardaí.

Sgt Duffy confirmed this was the case. 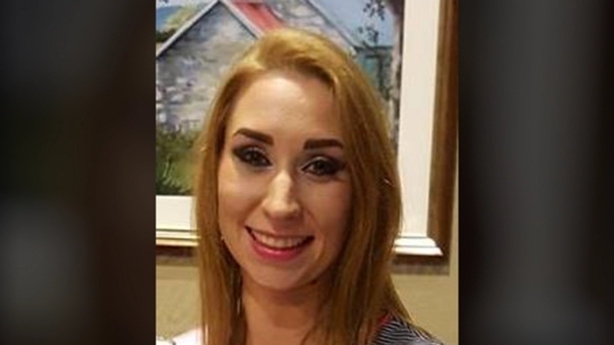 Bearing in mind that the deceased was his wife, Mr O'Grady asked that his client be placed on suicide watch while in custody.

Sgt Duffy said that gardaí had also taken actions in respect of that while he was in custody last night.

Mr O'Grady told Judge Kevin Kilraine that members of the deceased's family were in court and wanted it made known that they were there to support Mr Karaczyn and also wanted him placed on suicide watch.

Judge Kilraine agreed with Mr O'Grady that Mr Karaczyn should be placed on suicide watch and he remanded him in custody to appear at Harristown District Court tomorrow.

Solicitor Laura Spellman said the accused was of modest means and Judge Kilraine granted him free legal aid and certified for counsel.