A High Court judge has described as highly commendable the actions of the HSE in dealing with the case of a 13-year-old boy whose mother died from breast cancer after an alleged delay in her diagnosis.

Mr Justice Kevin Cross said he noted the helpful way in which the HSE had handled the case taken by Krzystof Sliwa whose mother Dorota Sliwa died in October 2015.

The boy's lawyers also said the HSE had been "very forthright and fair in the case and were conscious that it involved a 13-year-old boy who had lost his mother".

The court approved a settlement of €325,000 in a legal action for alleged negligence taken by the boy who had sued through his aunt.

It was alleged that Ms Sliwa's diagnosis of breast cancer came too late and that she should have been sent for genetic testing and an MRI scan earlier because of a family history of breast cancer. Her mother and grandmother had died from the disease.

The settlement was made without admission of liability and the court was told the HSE would have presented expert evidence to contest the claims.

The court was told Ms Sliwa lived in Newmarket on Fergus Co Clare and complained of symptoms in June 2009.

She was referred to the symptomatic breast clinic at Midwestern Regional Hospital in Limerick.

However in 2012 she had a triple assessment in Poland involving mammogram, ultrasound and biopsy and was later diagnosed with breast cancer. She died in 2015.

Lawyers for the Sliwa family described them as "impressive people who were so stoic and uncritical" in their approach to the case.

Mr Justice Cross explained to Krzystof Sliwa that the purpose of the case was to see if he could get compensation for the financial loss caused by the death of his mother as "obviously nothing can compensate you for the loss of your mum at a very young age".

The judge said he noted the helpful attitude taken by the HSE which was to be "highly commended and they have not approached this in any way on a confrontational basis".

The court heard the boy is now being cared for in Poland by his aunt.

Judge Cross approved interim payments for the boy until he reaches his 18th birthday, at which point the balance of the settlement can be paid to him. 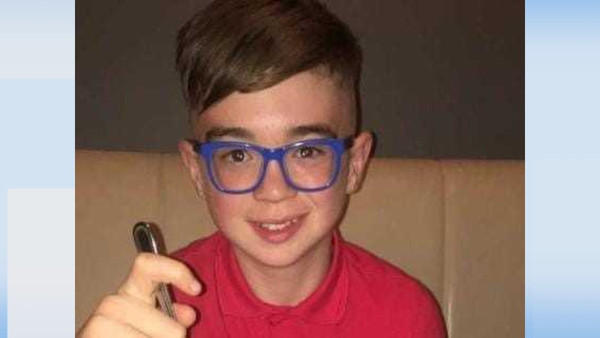