Taoiseach Micheál Martin has said that the milestone of half a million vaccines being administered in Ireland was reached this afternoon.

Mr Martin hailed progress in the pandemic, tweeting that he had been informed by the Health Service Executive that the country had passed the 500,000 mark.

Just been informed by the HSE that we have passed the half a million mark of #CovidVaccine doses administered.

Good news. The vaccines are having a significant impact on mortality and serious illness.

The number of COVID patients in hospitals and ICU is reducing all the time.

Speaking earlier in a video posted on Twitter, Mr Martin said he had been inspired by recent visits to vaccination centres where thousands of frontline healthcare workers were receiving the inoculation.

He said the Government and the Health Service Executive are doing everything they can to secure supplies and to give vaccines to people as quickly as possible.

The first coronavirus vaccine in Ireland was given to Dublin pensioner Annie Lynch 63 days ago.

"Next week we will begin to vaccinate those with underlying health conditions as well as continuing to vaccinate the over-70s and healthcare workers," Mr Martin said.

The Taoiseach said the vaccines are reducing the impact of the virus, adding: "This can be seen in the reduced levels of infection in our nursing homes and amongst our frontline healthcare workers.

"This brings hope, along with the continued fall in Covid numbers, thanks to the sacrifices you have been making.

"The 14-day incidence level fell below 200 this week for the first time since Christmas.

"While our health services are still under pressure, the number of patients in our hospitals and ICUs is reducing significantly."

However, he added a note of caution, warning that variants of the virus mean people should not relax in observing restrictions.

The Chief Executive of the Health Service Executive has said he hopes that vaccine supply will stabilise as we move into the second quarter of the year.

Paul Reid said that it was always known that the first quarter of the year was going to be difficult, and that changes in supplies have occurred with all three vaccine suppliers to date.

However, Mr Reid said that he expects greater predictability with deliveries of the 3.8 million doses of vaccine that have been committed from the manufacturers between April and June.

"I do hope it stabilises much better than it has in this quarter," he said today.

Mr Reid was speaking at the Helix Theatre in DCU today, where 1,500 older patients were getting their jabs today.

Those in the 85 and over age bracket, along with some people from the next cohort of 80-84, queued outside the venue for their vaccinations, with officials saying they were in and out in 20 minutes.

People queuing outside The Helix in DCU this morning where 1,500 people are getting vaccinated today- more of the over 85s but also some in the 80-84 age group as well. @rtenews pic.twitter.com/3T0CQEOjV3

Mr Reid said that the roll-out of vaccines in the community like in DCU today were "the real positive part of what we've experienced in the last year".

The target for next week is to carry out more than 80,000 vaccinations, including the first 10,000 from the medically vulnerable cohort of people.

It follows what was a bumpy week for the vaccine roll-out, between delays in supply from some vaccine manufacturers and problems in delivering vaccines to GP surgeries.

The HSE boss said that two deliveries from AstraZeneca of 64,000 and 12,000 doses have been missed in recent weeks, but that the company has committed to balance that out before the end of the month. There has also been a drop-off in supply from Moderna.

The supply target for the end of the first quarter had been about 1.2 million doses, but Mr Reid acknowledged reaching that target will be a challenge given that approximately 200,000 of those doses are only due to arrive on the last day of March and will not be administered on that day.

He said issues in delivering vaccines to GPs last week have been addressed.

Sixty-five GP practices who were not in a position to buddy up with a larger practice to give jabs to their patients over 85 will get deliveries next week.

It means that while the vast majority of this age cohort will have received their first jab by the end of this weekend, the remaining 750-800 patients will be inoculated next week.

A new range of supports for GPs to provide clarity around vaccine deliveries will also kick in next week.

Mr Reid said that the HSE is hopeful that the European Medicines Agency decision on whether or not to approve the Johnson & Johnson vaccine for use next week is positive.

The projections for the second quarter of 3.8 million doses include 600,000 doses from J&J.

Ireland 'could do with more' vaccines

Spokesperson for the Irish Patients Association Stephen McMahon said the communication of the vaccine roll-out needs to be more transparent.

Speaking on RTÉ's Saturday with Katie Hannon, Mr McMahon also said he has written directly to the European Commission to find out if there is equity in distribution across the EU and the plans in terms of delivery going forward.

He said if EU member states start doing side deals it will "undermine the solidarity" to get vaccines.

Speaking on the same programme,  Fine Gael TD for Limerick City Kieran O'Donnell said he thinks the issue is not with the supply within the EU but the actual supply from the production companies.

He said the Department of Health is working with other countries to ensure that all supplies that come in to the EU are used in the most efficient way possible and that there is not surplus stock in one country.

"So some countries have more than they can administer while other countries like Ireland which are waiting for vaccines on a weekly basis could do with more."

He said we "we don't have country by country reporting" in terms of the number of vaccines going to each member state as member states are "not clamouring for that information".

He said that might be the case because of concerns if the information flow shows some countries are getting more vaccines than they are using, it could create political difficulty.

He also said the next couple of weeks will prove decisive in terms of the vaccine roll-out.

He said companies are beginning to ramp up production capabilities and then the next question will be if health systems in Ireland and across the EU can administer them as quickly as they can get them.

Independent TD for Wexford Verona Murphy said Ireland is well behind the curve in terms of the roll-out and said the logistical management of it seems to be "catastrophic".

She said it is a significant issue.

"We are hinging all our hopes on the vaccine and I'd like to know what the logistical issues are because the questions we are asking are not being answered," she added.

Deputy O'Donnell acknowledged the "bumps along the road" with three deadlines missed with AstraZeneca.

He said the targets are challenging but expects a major roll-out to happen as planned in April.

"Our system here is about ensuring we have put a safe effective and a fair system in place."

Sinn Féin TD and Spokesperson on Justice and Equality Martin Kenny said everyone wants to see the vaccine roll-out work.

He said he understands the issue with getting vaccines but another serious issue is with the logistics of getting it into the hands of GPs and administering it to people. 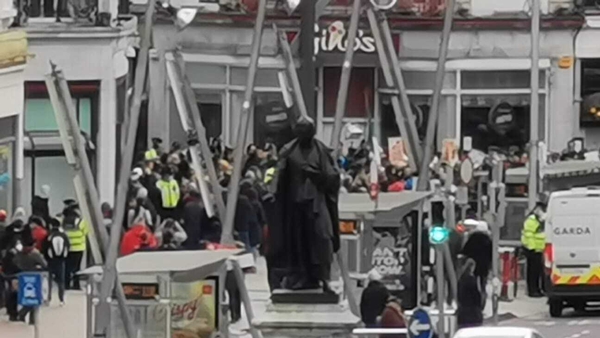 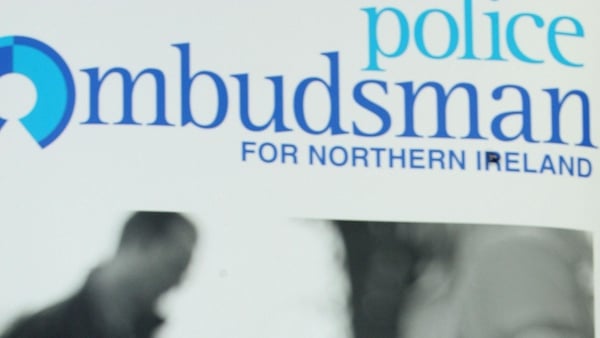 Ombudsman investigating after man shot by PSNI in Derry 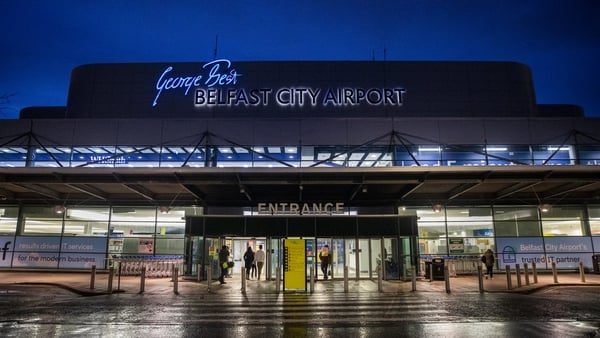 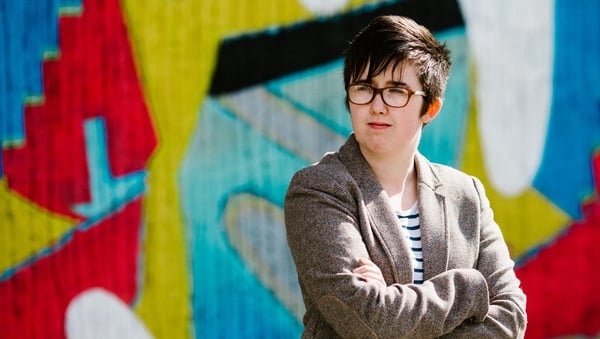 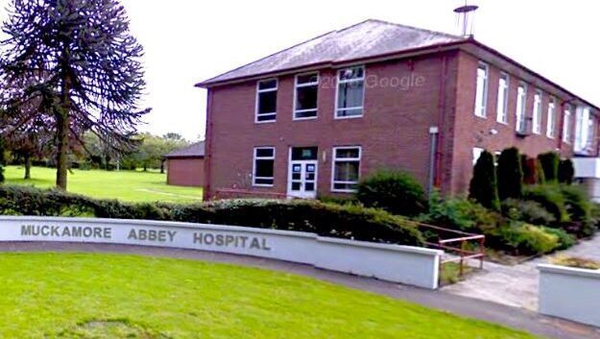 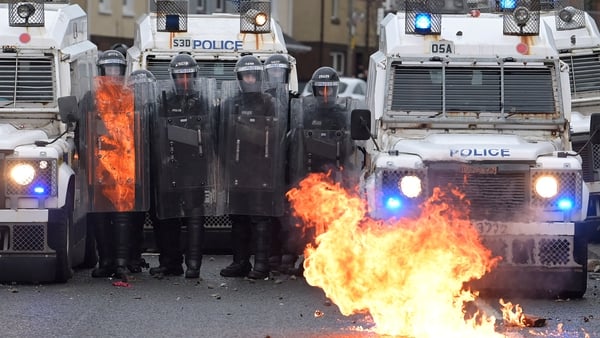