A further 22 people have died after testing positive for Covid-19 in Northern Ireland.

It takes the official Department of Health toll to 1,814.

Another 669 positive cases of the virus were also confirmed.

Also today, the number of vaccinations against coronavirus in Northern Ireland hit 220,201 of which 196,131 were first doses and 24,070 were second doses.

There are 745 patients with Covid-19 in hospital of whom 67 are in ICU and  54 of these are on ventilators.

The highest rate remains Armagh, Banbridge and Craigavon Council area on 381.9, while the lowest remains Derry and Strabane on 97.6.

A team of 100 British military medics began working as nursing assistants in a number of Northern Ireland hospitals today to help ease pressure on staff dealing with Covid-19 patients.

Meanwhile, a proposal to extend the substantive closure of schools in Northern Ireland is expected to be signed off by the Stormont executive later.

Education Minister Peter Weir has tabled a paper for executive colleagues recommending that the current arrangements, which only allow vulnerable children and those of key workers to attend class, are extended to Friday 5 March.

That would see a potential return to school on Monday 8 March.

However, in his paper Mr Weir acknowledges that not all pupils may be able to get back into classroom setting on that date and he raises the potential of a phased return, with children in key exam years returning first.

Mr Weir stressed that any move to bring more children back to school will be dependent on the public health situation at the start of March.

Schools are currently due to reopen after the mid-term break in the middle of February however there has been a widespread expectation that the date would be pushed back, given executive, ministers have already decided to extend the region-wide lockdown to 5 March.

He is also asking executive colleagues to support his call for special school teachers to be prioritised for Covid-19 vaccinations. 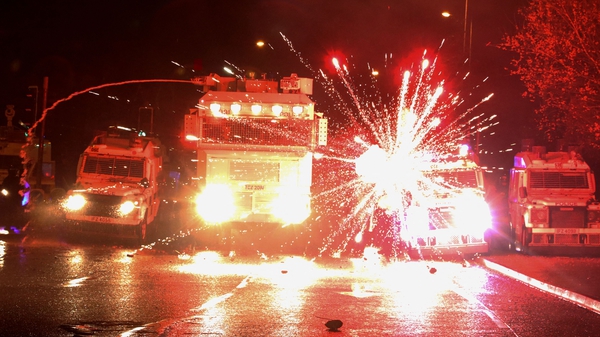 Taoiseach warns over use of Brexit to create disputes