Minister for Health Stephen Donnelly has said "the next two weeks are critical" in stopping the spread of Covid-19 and exiting Level 5 restrictions at the end of the month.

Speaking on RTÉ's Drivetime, Mr Donnelly said "there is no appetite to extend Level 5 restrictions".

It comes as the Department of Health reported 11 additional deaths and 366 new cases of the virus.

As of 2pm today, 272 patients were in hospital with Covid-19. The number of people being treated in intensive care units has increased by one since yesterday evening to 34.

On the proposal to fine people gathering outdoors to drink alcohol that was withdrawn by the Government, Minister Donnelly said a decision was made to consult Garda Commissioner Drew Harris to "see if there are issues around current enforcement".

Mr Donnelly said the "clear intention is that Level 5 will end at the end of November."

He said, as of today, 13 of the 26 counties have seen more cases in the last seven days than in the previous seven days, and the positivity rate has gone back up to about 4%.

"We're exiting Level 5 at the start of December. You can never say never on anything, but there is no appetite whatsoever to extend Level 5 past six weeks," he said.

The minister added on RTÉ's Six One that case numbers had dropped from 1,200 a day three weeks ago to 360 today, but he said it is clear that people have become fatigued.

Large groups gathering to drink outside and higher levels of traffic on the roads are indications of this, he said.

Mr Donnelly said he brought a memo to Cabinet today on the advance purchase of 2.2 million doses of the Pfizer vaccine.

He said the efficacy of the vaccine has yet to be validated, but he said it is the fourth vaccine for which an advanced purchase is in place.

The minister said the companies are saying that the earliest conceivable transport date for some of these vaccines would be late December, but public health authorities say they would be "very surprised if that actually happened".

He said: "Being part of the EU group, we have access to millions of doses which otherwise would be very difficult for us to secure."

Eleven more people who were diagnosed with Covid-19 have died, the Department of Health has reported. It brings the total number of Covid-19 related deaths to 1,995.

A further 366 cases of the coronavirus have also been confirmed, bringing the total number of cases to 68,686.

The regional breakdown of today's cases is: 84 in Dublin, 44 in Limerick, 34 in Cork, 34 in Donegal, 24 in Roscommon and the remaining 146 cases are spread across 20 other counties.

Chief Medical Officer Dr Tony Holohan said he is "increasingly concerned that the positive trends we had seen recently have not been maintained.

"The five-day moving average of daily cases has increased from an average of 350 cases on 11 November to 424 today.

"We have two weeks to continue in our efforts to drive down community transmission of this disease as much as possible. The lower the incidence the more flexibility the country will have in easing measures."

Dr Cillian De Gascun, chair of the National Public Health Emergency Team's Irish Epidemiological Modelling Advisory Group, said there are outbreaks in a number of different sectors and more transmission in the community.

Speaking on RTÉ's Prime Time, he said people have done very well over the last two weeks, but may have celebrated "a little too much over the Halloween period".

Dr De Gascun said he cannot predict what NPHET will decide in two weeks' time in relation to restrictions, but it wants to get the figures down as low as possible, with less than 100 the target.

On reports that NPHET were considering a target of under 100 cases per day for exiting lockdown, @CillianDeGascun says he can't predict what NPHET will decide.

He adds that 100 is a target, but that they want to get the numbers as low as possible.#rtept #COVID19 pic.twitter.com/tr4xKmXTzk

He said vaccines will probably not be widely available until "the middle of next year" and the key is to get through the next five months by sticking with the public health guidelines.

In Northern Ireland, nine further coronavirus deaths have been recorded, with seven occurring during the past 24 hours. It takes the official Department of Health death toll to 878.

There are 549 new cases, taking the cumulative total of positive tests to 47,711.

There are 449 confirmed Covid-19 patients in hospital, with 44 in ICU, 35 of whom are on ventilators.

The latest figures in Northern Ireland come as First Minister Arlene Foster called for a "collaborative and collective" way forward as ministers ponder the coronavirus restrictions.

The Government is reflecting on re-opening places of worship when the country exits Level 5.

In the Dáil, the Taoiseach acknowledged the mental benefit and the importance of faith to many in the Community.

He said his recent meeting with Catholic archbishops focused on the exemption of mass attendance from Level 3 restrictions. 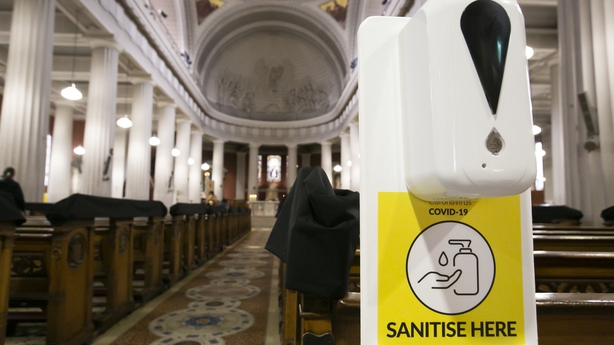 The Taoiseach said the Government was taking "sectoral representations" on board in relation to worship, Advent, the lead up to Christmas, and attending mass and services in a controlled environment.

"We want to get back to Level 3, but we'll look at certain aspects," he said.

He noted that the public health advice has been cautious around gatherings and he added the National Public Health Emergency Team would advise.

Mr Martin was due to meet representatives of various "faith" groups online to discuss the restrictions.

Irish Church Together, which includes Christian leaders from the Catholic, Protestant, Pentecostal and New churches, are due to ask the Government to consider reopening churches for "regular public worship" in Level 3, foregoing other events outside of Sunday services. 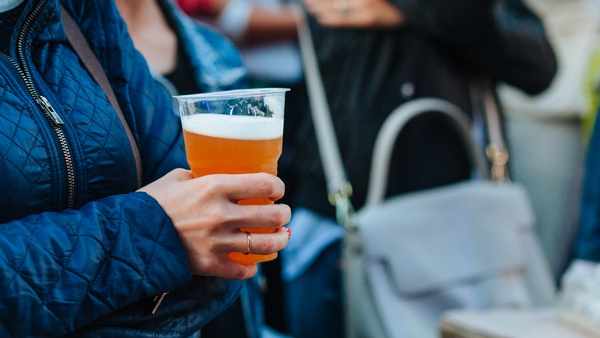