Italy's Prime Minister Giuseppe Conte has tightened nationwide coronavirus restrictions after the country recorded a record number of new cases, despite opposition from regional heads and street protests over curfews.

Cinemas, theatres, gyms and swimming pools must all close under the new rules, which come into force tomorrow and run until 24 November, while restaurants and bars will stop serving at 6pm, the prime minister's office said.

Italy, the first European country to be hit hard by the pandemic and impose a nationwide lockdown, yesterday recorded nearly 20,000 new cases in a 24-hour period.

"Semi-lockdown for a month," said the Repubblica daily, noting Mr Conte had done little to appease regional heads who had appealed for much softer measures to save ailing businesses devastated by the lockdown in spring.

Schools and nurseries will remain open, though up to 75% of classes for high-schools and universities will move online.

People are urged to avoid public transport or moving beyond their own communities where possible.

The new measures were introduced just hours after dozens of far-right protesters in Rome clashed with riot police during a demonstration against the region's curfew, setting off fireworks, burning bins and throwing projectiles. 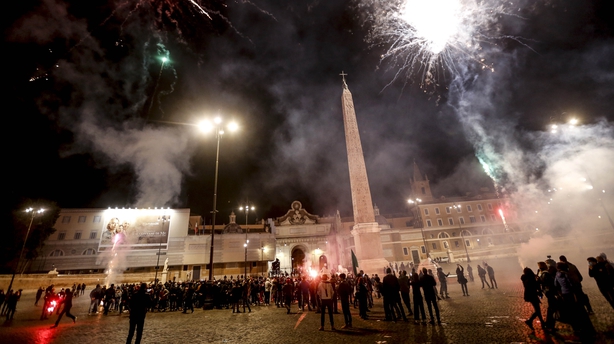 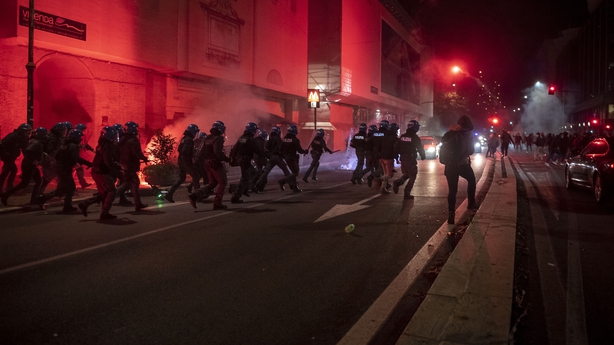 Some 200 masked militants belonging to neo-fascist group Forza Nuova lead the skirmish in a second night of street protests, after hundreds of demonstrators clashed with officers in Naples further south over their curfew.

Several regions have imposed overnight curfews in a bid to slow rising Covid-19 infection numbers. Piedmont in the north and Sicily in the south will follow this week.

But regional leaders had warned closing businesses would exacerbate social tensions as the country struggles to emerge from its worst post-war recession, sparked by the two-month shudown earlier this year.

The head of the northern Friuli Venezia Giulia region, Massimiliano Fedriga, appealed to Mr Conte, saying "social tension is on the rise and risks worsening if we do not adopt fair and rational measures".

Mr Conte, however, has come under intense pressure in the past few days from scientists to do more to curb contagion.

"Many regions failed to upgrade the (health) system this summer, and now we are paying the consequences," the World Health Organization's Italian government adviser Walter Ricciardi told the Messaggero daily.

"We only have a few weeks to intervene. We need local, even regional lockdowns. The curfew does not work".

Italy has now registered more than 500,000 cases and 37,000 deaths, according to health ministry figures.