The Garda Commissioner said the intention of those organising protests during Covid-19 has been to disrupt the work of legitimate business and Government.

Drew Harris denied that gardaí were "heavy handed" in Dublin city centre yesterday when they arrested eleven protesters and charged nine of them.

He said there was to be "a very frightening stampede up Grafton Street" which "can't be allowed to happen."

The response he said was "proportionate to public order threats at that moment."

He also said that while protest is a legitimate activity many protesters were "there for an unlawful purpose", no one was in charge and no one admitted to organising the protests but intelligence showed they were there to disrupt. That, he said, cannot be tolerated.

The Commissioner described the groups behind the protests as a mix of groups with extremist views.

He said he has difficulty telling them apart as they all seem to have the same views.

"They do vary in some areas" he said, "they follow the great replacement theory which is a far right theory very popular on the internet within closed groups on the internet."

He also said gardaí were concerned that they see an initial call on open source media, then these groups go to covert source of communicating.

"That tells us there's a problem here," he said, "we should be concerned".

Drew Harris also described the small protest outside the Central Criminal Court last week during which Caroline Donohoe, the wife of the late Detective Garda Adrian Donohoe, was shouted at as "disgraceful behaviour".

However, he said disgraceful behaviour does not breach public order legislation and the circumstances gardaí found themselves in meant they were constrained by what the law allow them to do at that point.

Dr Natasha Dromey, specialist in international terrorism at UCC, has said the far-right movements seen across the world have led to a normalising of view and the associated behaviour here.

Dr Dromey was speaking on RTÉ's Drivetime after the Garda Commissioner insisted Gardaí were not "heavy handed" in policing anti-lockdown protests in Dublin yesterday.

Eleven people were arrested during clashes, and nine have since been charged.

Dr Dromey said it is now become "acceptable" to have extreme viewpoints and to subsequently share them on social media.

She said: "They are masters at preying on fear."

She said the gardaí and the government will face a challenge as they try to deal with large gatherings without being seen that they are "suppressing the voice of the people."

She added: "This will provide these groups with more firepower." 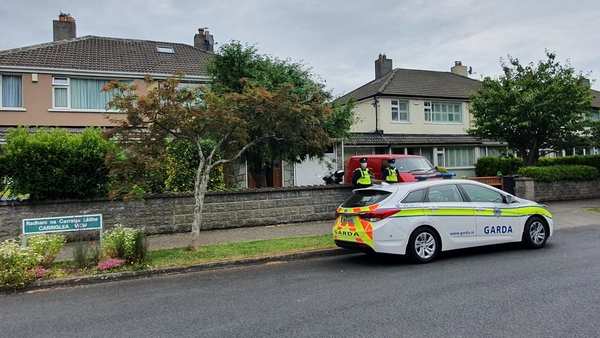