The National Public Health Emergency Team meets tomorrow to review the latest trends and evidence about the Covid-19 pandemic and decide what needs to be done next to contain the spread of the virus.

It is a hugely important meeting for the population of Dublin after very clear warnings from the Acting Chief Medical Officer Dr Ronan Glynn about this being a critical time for the capital.

The signs do not look good and the prospects of further restrictions being imposed in the Dublin region grow with ever new piece of data that is released.

Five days ago, Dr Glynn wrote to the Government and stated clearly that the NPHET was gravely concerned about Dublin.

He said the situation with the virus in the capital was considerably different compared to the rest of the country. Cases were growing by 4% per day, likely to double every 16 days.

Dr Glynn warned that if no additional measures were taken, the number of new cases would be running at an average of 300 per day by the end of September.

His letter warned that Dublin represents a "substantial reservoir of disease" which if left unchecked, has the potential to transmit widely both within the city and to other areas of the country. It also highlighted the growing risk that the virus would spread to vulnerable populations and residential care, including nursing homes where, because of their age, people are in mortal danger from the virus.

NPHET also cautioned that there is a "narrowing window of opportunity to bring the current trajectory of the disease under control".

The letter also highlighted in bold type that for Dublin "there is no guarantee that further measures may not be necessary in the coming days or weeks and that the situation will be monitored closely".

In the five days since that letter was sent, the situation in the capital has continued to deteriorate significantly.

Every indicator has gone in the wrong direction. The general deterioration in Dublin during those five days has been so sharp that NPHET can hardly ignore it.

For instance, when Dr Glynn sent the letter from NPHET five days ago the key 14-day incidence of the disease in Dublin was 67.8 cases per 100,000. That was the highest incidence in the country and was significantly higher than the national average which was 38 cases per 100,000.

But in the past five days that incidence rate for Dublin has soared. It is now at 104 cases per 100,000 people, representing a 53% increase in the incidence of the disease in the five days since the letter was sent.

The situation is even more striking when one considers the parts of Dublin with the highest disease incidence rates. Five days ago, there were 77 cases per 100,000 people in Dublin North West, now it is up to 152.2.

That is basically a doubling in the incidence of the disease in five days alone in an area incorporating Cabra, Phibsborough, Finglas, parts of Glasnevin and Castleknock.

The increase in Dublin South East, incorporating Baggot Street, Rathmines, Ranelagh, Terenure, Churchtown, Ballinteer, Leopardstown and Sandyford also stands out. The 14-day incidence in this region has risen to 122.1 from 83.3 - an increase of almost 47% in five days. 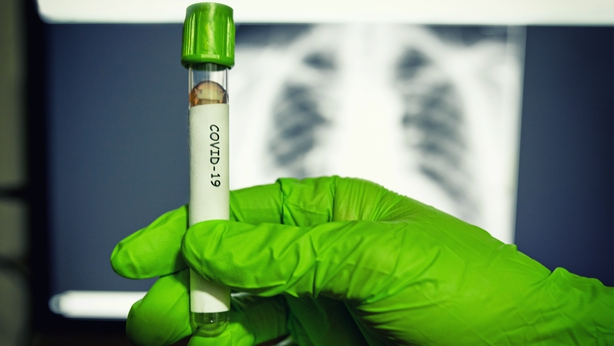 Of course, they are not the only worrying data that NPHET will have to consider.

There is the fact that following 34 new Covid-19 admissions to hospitals in five days, we now have 65 patients with the disease in hospital beds.

The number of confirmed Covid patients being treated in intensive care has almost doubled to 14 from seven patients since the letter was written to Government by Dr Glynn.

In that short period, we have also seen 26 new clusters of infection in private households, three new clusters in nursing homes, six in other residential institutions, and 20 new workplace clusters.

Only yesterday, the Government outlined its new road map for living with Covid-19 detailing five levels of threat and a very sobering list of restrictions that will be imposed on regions, depending on how the virus is spreading in each area.

If strong and very rapid action is not taken to reverse the trends in Dublin, there has to be a significant risk that our capital will be elevated to Level 3, with very damaging implications for its economy and social life.