Prime Minister Boris Johnson has defended what he called the UK's "astonishing" efforts to tackle the coronavirus, rejecting accusations that with Europe's worst death toll, his response to the health crisis was badly lacking.

But a top scientist who had advised the British government said the death toll could have been halved had lockdown measures been introduced a week sooner.

More than 40,000 people are confirmed to have died from Covid-19 in the UK, although the figure rises to more than 50,000 when suspected cases are included.

On either measure, the toll is second only to that of the United States, although each country has different reporting methods and lag times - and the pandemic is far from over.

In a testy exchange with his opponents in parliament, Mr Johnson cited the "astonishing achievement" by the state-run National Health Service in building a string of emergency field hospitals, many of which were barely used.

"It was an astonishing thing this country came together to drive down, to follow the social distancing rules ... to get the epidemic under control in the way we have," he said.

But an Imperial College London epidemiologist, who quit the government's crisis response team after being caught breaking social distancing rules in May, said thousands of lives could have been saved had a lockdown been imposed earlier.

"The epidemic was doubling every three to four days before lockdown interventions were introduced," Professor Neil Ferguson told a parliamentary science and technology committee hearing.

"So, had we introduced lockdown measures a week earlier, we would have reduced the final death toll by at least a half."

"There is still too much we do not know," he told reporters.

Pushing ahead with his gradual lockdown easing, Mr Johnson confirmed that all remaining shops would reopen starting next week and that single adults could form a "support bubble" with one other household.

But his decision to reopen zoos and wildlife parks from next Monday, and failure to ensure the immediate return of children to school in England before the summer holidays in July, faced ridicule across the political spectrum. 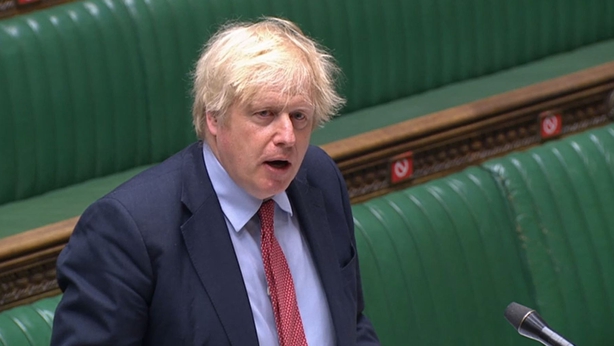 "What we will be doing is a huge amount of catch-up for our students in the summer months," Mr Johnson told reporters, after being asked why children would be allowed to see lions but not schoolteachers.

"We do fully intend to bring all the children back to school in September provided the progress we are making continues," he added.

But even some of Mr Johnson's strongest supporters in the right-wing media lamented the government's handling of the crisis, with The Daily Telegraph asking "how we can continue to justify keeping (schools) closed".