Here are the latest developments in the coronavirus crisis.

No new cases in China

For the first time since it started reporting data in January, China announces zero new infections.

The pandemic has killed at least 338,128 people worldwide since it surfaced in China late last year, according to the latest AFP tally based on official sources.

There have been 5,218,261 officially recorded cases in 196 countries and territories.

In Latin America, declared by the World Health Organization as "a new epicentre", the situation in Brazil is particularly alarming with the country registering 330,890 infections - the third-biggest caseload in the world - and the death toll soaring to 21,048.

La Liga is back

Spain's Prime Minister Pedro Sanchez announces that its top-flight football league La Liga can resume on the week of 8 June, more than two months after the virus halted the season. 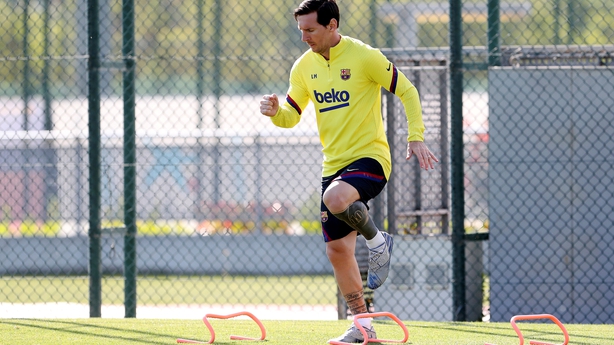 Sanchez also gives a boost to the country's tourism industry, saying overseas visitors will be allowed to return to Spain from July.

Four EU countries dubbing themselves the "frugal four" present their own proposal for post-coronavirus economic recovery.

Austria, the Netherlands, Denmark and Sweden want emergency help for badly affected countries to take the form of one-off loans which must be agreed within two years, according to a proposal published by the office of Austrian Chancellor Sebastian Kurz.

India will organise special trains to get at least 3.6 million migrant workers stranded by the pandemic lockdown back home, authorities say, as fresh coronavirus cases in the country hit a new daily high.

Global car rental company Hertz files for bankruptcy in the US and Canada after more than a century in business.

Its main international operating regions, including Europe, Australia and New Zealand, are not included in the filing.