The Department of Health has confirmed there have been 13 more deaths linked to the coronavirus, bringing to 98 the number of people who have died in Ireland.

The latest figures also indicate there are now 3,849 confirmed cases of the virus in Ireland following the reporting of 402 new cases.

Of the 13 people who have died, the Health Protection Surveillance Centre has been informed that ten of them were reported as having underlying health conditions.

Nine of the deaths were located in the east of Ireland, with one in the south and three in the west of the country. Four of those who have died were female and nine were male.

The median age of the 98 people whose deaths are associated with Covid-19 is 82.

At a briefing this evening, Chief Medical Officer Dr Tony Holohan said that there were 160 clusters involving 659 cases. He said the average cluster size so far is four to five people.

He said 26% of all cases are associated with healthcare workers, amounting to 841 people. The median age of confirmed cases is 48.

He added that we are seeing an improvement in terms of the growth rate of overall cases, and so the curve is flattening.

However, Dr Holohan said that it was difficult to say whether the measures in place at the moment will be extended, as was indicated this morning by the Tánaiste, Simon Coveney.

He said we are seeing continued improvement in terms of a slowing growth rate, but at the moment it is hard to predict.

Dr Holohan said we have not yet seen the effect of the measures introduced by the Government last Friday.

The Chief Medical Officer also said he hopes that the day-on-day growth rate will be at 10% next week. It had been at 33% early in the early days of the outbreak.

Meanwhile, there have been six more deaths in Northern Ireland reported today, bringing the total to 36 there.

Dr Holohan has also expressed concern that people are not attending doctors when they need to.

During the daily media briefing, Dr Holohan spoke of his own experience of attending St James' Hospital when he was unwell on Tuesday evening.

The Chief Medical Officer said he found an empty waiting room and this was a concern.

He said that people will continue to need to see doctors for medical reasons outside of Covid-19.

Dr Holohan said that they need to trust that the medical profession will keep them safe from the outbreak of the virus.

Chief Medical Officer Dr Tony Holohan says he went to hospital after experiencing some symptoms, and encouraged the public to respond to any concerns by contacting their GP or attending the ED as they would in normal times | Follow live updates: https://t.co/pEIGg5h65m pic.twitter.com/787HYzmQSj

Separately, the Cabinet Sub-Committee on Covid-19, which is chaired by the Taoiseach, is met today to review the impact of the additional travel, work and social distancing restrictions announced last Friday.

Leo Varadkar said that a decision would be made towards the end of next week on whether or not to extend restrictions on movement and gatherings.

He said progress was being made on "flattening the curve" but it was not enough.

Mr Varadkar said he was confident that the health service will be ready for the surge of critical cases, when it comes, but added that it was "only starting".

Elsewhere, Minister for Health Simon Harris has confirmed that a new isolation and step-down facility for Covid-19 patients at Citywest Hotel on the outskirts of Dublin, with 1,100 beds and over 700 rooms, is already up and running.

The first 15 patients starting arriving there yesterday from hospitals in the Dublin area, and similar facilities are due to be opened in other parts of the country in the coming weeks.

President Michael D Higgins has offered his "deepest sympathies" to people who have been bereaved during the coronavirus pandemic across the country and appealed for everyone to abide by the restrictions that have been put in place.

In a specially recorded radio message he also thanked on behalf of the presidency and the Irish people all the efforts of those tackling the crisis, especially "health care workers, GPs, pharmacists and their staff, Defence Forces, and An Garda Síochána". 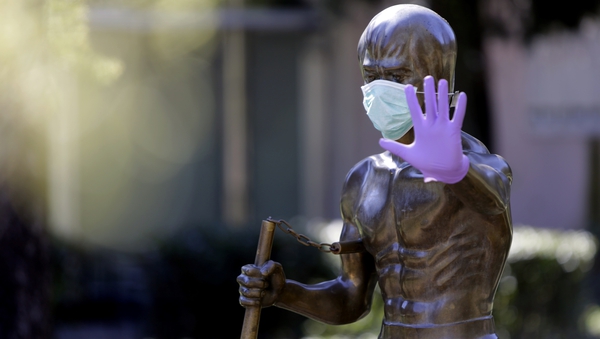