Two men have been arrested after a cocaine processing lab and almost €200,000 cash were seized during searches in Co Galway yesterday.

Gardaí stopped a car on the M6 motorway, near Loughrea and found almost €18,000 in cash.

A man in his 20s was arrested.

In subsequent searches in Galway city, detectives found what is believed to be a cocaine processing facility.

Mixing agents, industrial gas masks and a cash counting machine were among the items seized at one address, along with around €50,000 worth of cocaine. 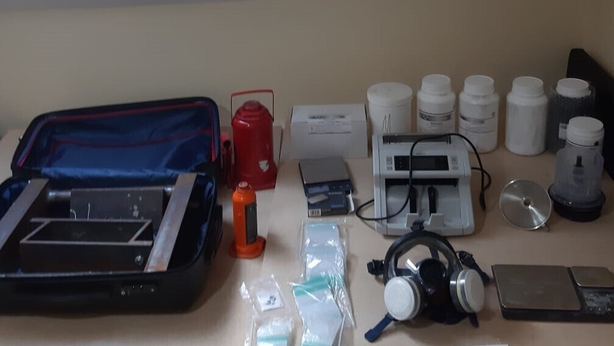 A second man, aged in his 30s, was arrested during the searches in Galway.

Both men are being questioned at Galway Garda Station.

Gardaí say the seizures came as part of intelligence led operation into the supply of drugs in the west.

Calls for greater efforts to tackle impact of flooding