An "over-reliance" by the Government on the use of tourist accommodation to house refugees and asylum seekers could cost the tourism industry up to €1 billion in earnings if it continues next year and the numbers being housed reaches 90,000, a new report has found.

The analysis by the Irish Tourism Industry Confederation (ITIC) projects that such an ongoing use of hotels and guesthouses for Government contracts could results in the loss of hundreds of jobs in the broader hospitality and supply sectors.

This, the report claims, could threaten the sustainability of many businesses and seriously damage the country's competitiveness.

ITIC estimates that should the number of Ukrainian refugees reach above 90,000 it could reduce the supply of tourists here by around 30%.

"A lack of available accommodation may also affect carriers who will suffer from frustrated tourist demand in key source markets," it states.

"The longer term impacts could delay Irish tourism’s recovery by several years, as well as causing structural shifts within the sector."

So far, 57,000 people fleeing the war in Ukraine have arrived in Ireland and it is estimated that 34,000 of these are living in tourist accommodation including hotels and guesthouses.

In addition to this, 5,000 asylum seekers have arrived here from other countries so far this year.

ITIC says it fully supports the Government's humanitarian reaction to the Ukrainian crisis and is ready to assist in devising a balanced strategy.

"However, Ireland’s tourism and hospitality industry cannot be asked to take the primary burden of accommodating Ukrainian refugees and asylum seekers on its own and a more proportionate and creative approach is required from Government," the report claims.

It says the immediate impact of the current situation on tourism has been a marked reduction in capacity, higher prices for available accommodation and a "devastating impact on the visitor economy of many popular tourism areas in the country where a sizeable share of tourist accommodation has already pivoted to housing refugees."

Such areas, it states, include west Clare, County Donegal, Killarney and west Waterford.

"Downstream businesses in hospitality, retail and other tourism services are suffering from the absence of tourists and consequential job losses," it claims.

This is because it is estimated that for every €1 a tourist spends on accommodation, €2.50 is spent on other services.

ITIC says that because the outlook for tourism next year is unpredictable, it could lead to later booking and this means Ireland’s ability to meet demand will be severely challenged if a significant share of its guest accommodation is withdrawn from the market.

The confederation estimates that an allocation of 12-15% of the bed stock for refugees and asylum seekers would be fair and proportionate.

The body is recommending a Department of Taoiseach led whole of Government approach be taken to address the issue, including a two-year humanitarian plan on how displaced people are to be accommodated.

It also claims there should be a business continuity fund for tourism businesses negatively hit by the impact of the Government contracts.

The report says there should be a focus on fast tracking alternative accommodation solutions and local authority strategies to deal with the situation should be expedited. 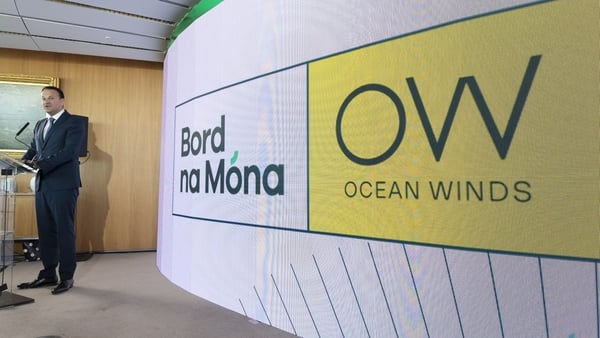