The Economic and Social Research Institute (ESRI) has warned that the residential property market in Ireland may be overvalued by over 7%.

In its latest Quarterly Economic Commentary, the think-tank says it is likely that savings built up over the pandemic found their way into the market but this will not be sustained over the medium term.

It is not going as far as to suggest prices may fall, but it says the rate of price increases is likely to "moderate substantially".

It also says the expected increases in interest rates will also "have a contractionary impact on house prices".

However, it also suggests that house prices might also be propped up because inflation in the cost of building has reduced the number of new homes being built while demand remains high.

The ESRI is forecasting that growth in the domestic economy, measured by Modified Domestic Demand, will be 7.5% this year before moderating to 2.5% next year.

It expects inflation to average 8.1% this year and to average 6.8% next year.

It cautions that its forecasts are uncertain, and it expects the higher cost of living to reduce the amount people spend, which is, however, still expected to grow.

It also expects the labour market to remain strong, underpinned by the continuing strong performance of the pharmaceutical and high-tech sectors. It forecasts unemployment to continue to fall from an average of 4.8% this year to 4.1% next year. 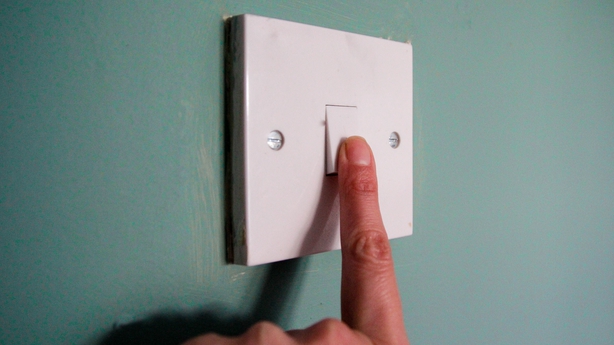 The commentary also examines the risks to the country's electricity supply this winter.

It says there may be an argument "for raising the barrier to participation in the capacity auction".

This is the bid process to contract new suppliers of electricity onto the grid, which has not worked in bringing in new generators in recent years.

It also says potential delays in the planning system should be identified and addressed before Ireland moves to building large amounts of offshore wind power.

The commentary also examines the changes to international tax rules in the context of the bumper corporation tax returns the Exchequer is collecting.

It concludes that the potential rule changes may not actually pose a threat to Ireland's corporation tax take as they will be applied globally. Also, many of the multinationals involved have made considerable investments in factories and property here.

However, it says the fact that many of the top companies paying the bulk of corporation tax come from just a handful of industry sectors, continues to pose a risk.

Research Professor at the Economic and Social Research Institute Kieran McQuinn has said the economy has been robust and resilient over the past few years and it has continued to grow for the first part of this year.

Speaking on RTÉ's Morning Ireland, he said there is evidence that the pace of growth is beginning to slow somewhat.

He said inflationary pressures and the prospect of a global recession, which seems to be increasing, are factors that will lead to the economy experiencing a more moderate rate of growth next year.

The economy will continue to grow next year due to a strong performance in some sectors such as in ICT and pharmacy which have been "somewhat immune to the kind of international pressures in recent years and that has allowed the Irish economy to, in some respects, kind of buck the international trend and continue to grow", he explained.

On the Government's budgetary package, Professor McQuinn said it was achievable without the Exchequer having to borrow, adding the expectation is that there will be a surplus this year, and next year too.

He said he Government potentially would have capacity next year to bring in certain measures if they are needed.

Energy security has come to the fore in the past six months, he said, and it is a key factor in economic growth and Ireland's infrastructure.

He said there are choices to be made. "On the one hand, data centres are providing, large dynamic and growth in the economy, but equally they come with significant demands in terms of energy usage," he stated.

On the risk of contagion from the UK being downgraded by Fitch Ratings to "negative", he said there are serious concerns about the long-term growth trajectory of the British economy.

He said analysis of the budgetary measures will offset the rising costs for most people, but wages are not keeping pace with inflation

"Brexit is having an undoubted effect and there are other longer-term structural issues around productivity growth in the UK economy," he stated.