The Bank of England has said it will launch a temporary UK government bond-buying programme as an emergency move to stave off a "material risk to UK financial stability".

It said it will intervene in the bond market after a recent sell-off and surge in bond yields.

In a statement, the bank said: "Were dysfunction in this market to continue or worsen, there would be a material risk to UK financial stability.

"This would lead to an unwarranted tightening of financing conditions and a reduction of the flow of credit to the real economy.

"In line with its financial stability objective, the Bank of England stands ready to restore market functioning and reduce any risks from contagion to credit conditions for UK households and businesses.

"To achieve this, the Bank will carry out temporary purchases of long-dated UK government bonds from 28 September. The purpose of these purchases will be to restore orderly market conditions.

"The purchases will be carried out on whatever scale is necessary to effect this outcome. The operation will be fully indemnified by HM Treasury."

The rare intervention from the global lender of last resort piled more pressure on new finance minister Kwasi Kwarteng to reassess a policy that has sparked a collapse in the value of British assets and dragged UK and European borrowing costs higher.

It has also sowed turmoil in the mortgage market, leading to warnings of a sharp drop in house prices.

Yields on 20 and 30-year British government bonds pushed above 5% to hit multi-year highs, as a sell-off of the country's debt extended into a fourth day of trading.

The latest crisis to hit the British state was triggered on Friday, when Kwarteng and Prime Minister Liz Truss set out their vision of a return to the Thatcherite and Reaganomics doctrines with deep tax cuts and deregulation to snap the economy out of years of stagnant growth.

The IMF said the proposals, which sent the pound to an all-time low of $1.0327 on Monday, would likely increase inequality. 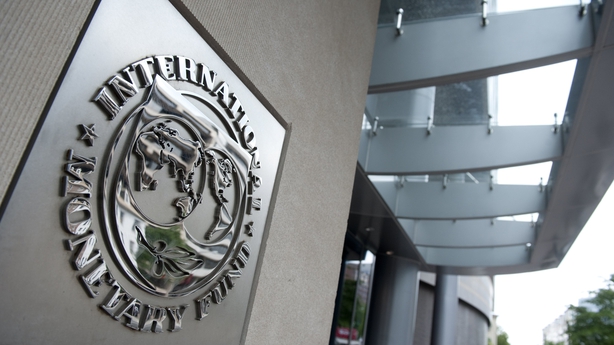 "Given elevated inflation pressures in many countries, including the UK, we do not recommend large and untargeted fiscal packages at this juncture, as it is important that fiscal policy does not work at cross purposes to monetary policy," an IMF spokesperson said.

Jim Reid, research strategist at Deutsche Bank, described the "rebuke" as "quite scathing".

"A sustained confidence shock arising from market concerns over the credibility of the government's fiscal strategy that resulted in structurally higher funding costs could more permanently weaken the UK's debt affordability," Moody's said.

The IMF holds symbolic importance in British politics - its bailout of Britain in 1976 following a balance-of-payments crisis forced huge spending cuts and has long been regarded as a humiliating low point in the country's modern economic history.

The IMF said a budget due from Kwarteng on November 23 would provide an "early opportunity for the UK government to consider ways to provide support that is more targeted and reevaluate the tax measures, especially those that benefit high-income earners."

With markets in turmoil and lawmakers in the governing Conservative Party growing more anxious, Kwarteng has spent recent days talking to bosses in the banking, insurance and financial sectors and will do so again today.

"We are focused on growing the economy to raise living standards for everyone," a spokesperson said.

Bank of England Chief Economist Huw Pill said yesterday the bank was likely to deliver a "significant" rate increase when it meets next in November, adding financial market upheaval would have a big impact on the economy and would be factored into its next forecasts.

British government bonds have sold off at a ferocious pace in the last few days, with 10-year borrowing costs on track for their biggest calendar month rise since at least 1957, according to a Reuters calculation.

"It is hard not to draw the conclusion that this will require a significant monetary policy response," Huw Pill told the CEPR Barclays Monetary Policy Forum.