It was put to Chief Executive of Premier Lotteries, Andrew Algeo, on Morning Ireland that it meant that €1 billion had been spent gambling last year.

He said National Lottery games are the lowest risk available of any form in Ireland, and are approved by the regulator before they are issued.

"We offer no incentives to spend more, in fact we limit customer spend and we don't sell tickets at night. We make sure our players are over 18. We advertise responsibly, and as a result of these controls, playing lottery games is unlikely to cause problematic gambling behaviour."

For the sixth consecutive year, growth was recorded in the money raised for good causes, which amounted to €304 million euro last year.

The company said that approximately 90% of all revenue generated from sales of National Lottery games was returned to communities in the shape of prizes (56%), funding good causes (29%) and commission to retailers (5%) all over Ireland.

Mr Algeo was asked how he could be sure that people spend their winnings in their local community. "Most of the prizes go out every single week in small prizes and on an average weekend there would be hundreds of thousands of winners," he said.

On average, 1.4 million people a week participated in National Lottery games in 2021.

Premier Lotteries said it was another record-breaking year for National Lottery winners with €585.9 million in prizes which is an increase of 10.8% on 2020. 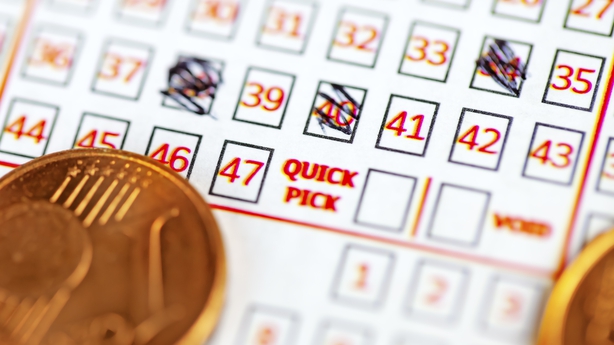 Since the National Lottery was established in 1987, in excess of €6 billion has been raised for good causes.

"In 2021, we further bolstered our player protection systems in our digital channel and commissioned Cambridge Health Alliance, a division of Harvard Medical School, to identify further opportunities to improve our system of player protection controls both in retail and on our online channels."